Coleen Morrison is a registered Canadian Trademark Agent and a practicing Barrister and Solicitor at PCK. PCK is Toronto based with offices in the United States and worldwide associations.

The Canadian Trade-marks Act dictates that Examiners must notify the owner of a registered mark if he or she considers there is some doubt as to whether a mark under Examination is confusing with that registered mark.  This provision affords Examiners with the useful option of allowing an application to advance to publication while providing the senior rights holder with the ability to oppose.  It is however not a replacement for raising or maintaining confusion objections.

It might be argued that in the issuance heyday Examiners relied too heavily on 37(3) notifications. Examiners might have been replacing the more difficult work associated with maintaining an objection with the easier Doubtful Case notification in an effort to advance files quickly –albeit perhaps at the expense of high quality examination that would involve writing a maintaining action that addressed the Applicant’s submissions.  However, the current year’s decline may be troubling.  Are 37(3) notices being replaced with maintaining actions that allow objections relating to confusion to stand, ultimately resulting in refusal of the application?  Or are 37(3) notices being replaced with immediate approval?  If the latter Registrants, should note that CIPO may be becoming a less useful partner in ensuring a Canadian Registration reflects strong rights and that an owner can count on CIPO to assist in ensuring that others are prevented from registering similar marks.  Greater vigilance would seem to be in order until it can be ascertained whether cases that would previously have resulted in a 37(3) Doubtful cases notification are being further actioned or allowed.

The striking variability over time in the rate of issuance is also troubling.  A strong trade-mark system needs to be predictable and unexplained variations in rates of dealing, in a particular way, with a confusion citation only weakens the system and in turn the rights granted. This also contributes to higher costs and greater risk for IP owners.

Does the average reports per allowance recently issued by CIPO shed light on Examination practices?  Not really.  The average report per allowance has increased slightly to 1.93 from 1.89 in 2016-2017 but within normal levels of variation.  The current rate of issuance of Examiner reports is almost precisely what it was in the year that use of s. 37(3) notices was highest.  It does not seem that Examiners are replacing doubtful case notices with reports maintaining the initial objection.  This suggests, somewhat disturbingly, that Examiners are instead progressing cases by simply withdrawing objections without notifying the owners of the senior marks.

How is the change in Examination practice affecting Opposition?  This is uncertain as the  figures presented in relation to Opposition appear to be flawed.  It seems doubtful that, as reported, 1926 Statements of Opposition were received since May, 2017 as the previous high for an entire year, dating back to 2010 was in 2010  – when 1401 oppositions were filed.  However it was confirmed that the rate of opposition had recently for one particular month increased markedly from between 2-3% of applications to 5.2%.  Intuitively one would expect the rate of Opposition to increase as the rate of Doubtful Cases Notifications rise but analysis is difficult owing to the inherent lag.  Is it possible that the 2015-2016 peak in respect of Notifications is only now increasing Opposition rates?  If there is a correlation this speaks to the value of notification and the need for these notices, albeit in conjunction with maintenance of objections when there is little or no doubt the marks are confusing.

Does pendency shed any light on the current situation?  Not really.  Pendency from filing to registration appears to be increasing slightly from 26.2 months to 27.2 months.  It seems at least possible that more maintenance actions are being issued rather than Doubtful Cases Notices, but given the new burden associated with classification issues this is the more likely driver of increasing pendency.  This too is disturbing as classification work which offers little or no benefit to users of the system may, as was feared, be resulting in lower quality examination.

Is there any good news from CIPO?  YES- no doubt about it!  CIPO has prioritized quality enhancement – something long needed.  While this work is just now getting underway and as such numbers are probably not yet manifesting change, it was noticed that approval rates that have been at 25% rose to 30% recently.  The number has now been reported to be down to 25% again.  This means Examiners are now finding the problems with applications and dealing with these at a rate consistent with the past even if some would say improvement over the past is needed.

Furthermore, under the new Director General, Mesmin Pierre, CIPO is tackling some longstanding real-world problems for Canadian trade-mark owners.  Notably, efforts are being made to advance a test case to the Federal Court with a view to resolving the very troubling issue of the Canadian Registrar being unable to correct errors, even when these errors are of the Registrar’s own making.  CIPO is also tackling the recent prevalence of “broad applications”, namely those covering 40+ classes.  These applications (and eventually registrations) clog the register.  The presence of these applications and registrations complicates and therefore increases the cost of search analysis.  Clearance therefore becomes more complex, costly and uncertain.  While in due course the planned fee per class change to practice should decrease the severity of this problem, CIPO must be lauded both for comprehending the problem and for efforts to tackle this.

These advancements have been made in the face of quite profound understaffing at the Trademarks Branch of CIPO.  This branch probably needs one third again as many employees as it now has.  Efforts are now underway to fill those staffing needs.

Without a doubt – CIPO administrators should be applauded for working diligently to get their house in order before the profound and extensive changes relating to Bill C-31 come into effect.  CIPO has also promised further engagement with users of the system in the coming months while it deals with a host of procedural changes required before the Act comes into force.  Will the work be difficult? No doubt! 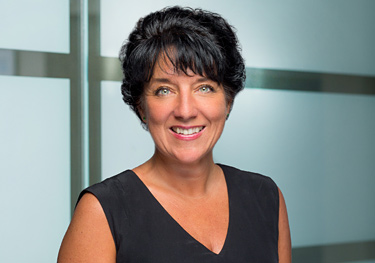