Stephen Perry is viewed as one of Canada’s leading patent agents. He is co-author (with Andrew Currier) of Canadian Patent Law (LexisNexis, 2012; Second Edition, 2014; Third Edition, 2018; Fourth Edition, 2021), the first text on the subject by patent prosecutors in over 30 years when published in 2012. The first edition of this book was cited by the Supreme Court of Canada as the basis for its decision in Teva Canada Ltd. v. Pfizer Canada Inc. ([2012] S.C.J. No. 60, 2012 SCC 60). In 2022, the fourth edition was cited repeatedly by the Supreme Court of Canada in Nova Chemicals Corp. v. Dow Chemical Co. ([2022] SCC 43). Stephen started in the field of IP in 1983 and qualified as a patent agent before the U.S. and Canadian patent offices in 1985. His practice is focused on developing and managing international IP portfolios for Canadian technology companies of every size, covering a broad range of innovations in the fields of telecommunications, electronics, software, display technology, medical imaging and medical devices.

Stephen is active as an advisor and commentator on both Canadian and international patent and industrial design issues. He has served on Council of the Intellectual Property Institute of Canada (IPIC) and the Canadian section of Fédération Internationale des Conseils en Propriété Industrielle (FICPI), and has chaired or currently serves on various committees of both organizations, including the committees involved in development of the IPIC Code of Conduct and advancing proposals for professional self-regulation. Stephen is also frequently called upon to contribute his insight and views to government agencies and committees on policy and legislative matters affecting intellectual property.

Stephen frequently mentors patent agent trainees and those newly entering the field. A prolific author and speaker, Stephen has published an extensive series of articles on patent and industrial design issues and contributes to the Patent and Industrial Design practice areas covered by Lexis Practice Advisor® Canada. He lectures frequently on software patents and industrial design issues, and participates regularly in international conferences and seminars.

Invited to participate in the Canadian Intellectual Property Office (CIPO) technical review of a pre-consultation draft of the Patent Rules. 2017
Appeared on behalf of IPIC before the Senate Banking Committee and the House of Commons Standing Committee on Industry, Science and Technology concerning patent and industrial design provisions of Bill-C43 (Economic Action Plan 2014 Act, No. 2), November, 2014
Nominated by FICPI to participate in the IP Modernization initiative launched by the Canadian Intellectual Property Office (CIPO), 2013
Appeared before Senate Banking Committee on behalf of IPIC concerning impact of the Canada-European Union (EU) Comprehensive Economic and Trade Agreement (CETA) on industrial design law in Canada, May, 2012
Invited by the Attorney General of Ontario to appear before legislative committee reviewing proposed amendments to the Law Society Act, 2006 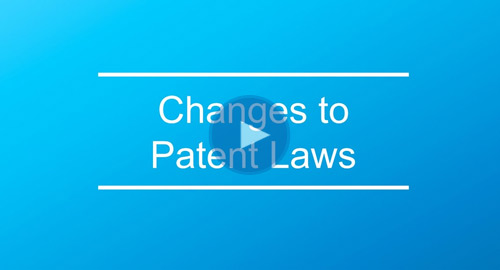