In this decision, the Federal Court (“FC”) dismissed [2] a request by Bayer Cropscience LP (“Bayer”) for judicial review of a Commissioner’s decision refusing to change the priority filing date for Bayer’s Canadian Patent Application No. 2,907,271 (“the ‘271 Application”) from April 19, 2012 to April 3, 2012. [1] Bayer submitted that the Commissioner of Patents (“Commissioner”) incorrectly recorded the priority filing date. [1] However, the FC found that the Commissioner did not err in refusing Bayer’s request, [2] based on provisions in the Patent Act and Patent Rules relating to priority claims. [3]

At Bayer’s request in April 2015, the USPTO amended the filing date of the ‘691 US Application to April 3, 2012, admitting that the earlier filing date was correct because the missing drawings were not required to establish the filing date. In mid-2015, Bayer made two requests to the USPTO to amend the priority date for the ‘888 PCT Application, however both were denied. The ‘888 PCT Application entered the national phase in Canada on August 7, 2015 as the ‘271 Application. Bayer requested that the ‘271 Application be given a filing date of April 3, 2012 on the basis that it claimed priority from the ‘691 US Application, but its request was denied by the Commissioner on December 3, 2015. [4]

The FC found that since the filing date of the ‘691 US Application was recorded as April 19, 2012 as at the time of filing the ‘888 PCT Application, March 15, 2013, April 19, 2012 would serve as the correct priority date of the ‘271 Application. [11] Furthermore, the FC stated that Bayer lacked a basis for its request on March 15, 2013 to a priority date of April 3, 2012, and noted that Bayer had later conceded that the correct date was April 19, 2012. [14] The filing date for the ‘691 US Application was only amended in April 2015, while the priority date for the ‘888 PCT Application was never amended from April 19 to April 3, 2012. [14] Finally, the Commissioner was found to have correctly concluded that Section 88(1)(b) of the Patent Rules requires that a request for a priority date be made within 16 months of the filing date for that application. [15] Bayer would have had until August 19, 2013 to make a request, putting its August 2015 request far outside the given frame. [15] Effectively, this meant that Bayer was required to have the priority date of the PCT application corrected before entering the national phase in Canada, which it tried unsuccessfully to do.

No Basis for Assertions Against the Commissioner

The FC could find no basis for Bayer’s assertion that the Commissioner failed to discharge her duties to ensure the Patent Register contained no errors. [16] Bayer relied on another decision of the FC where it was stated that the Commissioner has an implied duty to maintain Patent Office records accurately, however, the FC in this decision did not find the patent records for Bayer’s application as being inaccurate. [16] Considering the lack of convincing steps taken by Bayer to amend the filing dates and to request amendments within the given timeframes, the FC found no basis for concluding that the Patent Register required correction or that the Commissioner erred in refusing to amend it. [16]

The Commissioner was found to have correctly deemed Bayer’s request for a priority date of April 3, 2012 too late, and that she was under no obligation to amend the Patent Register to reflect that date. [17] The application was dismissed with costs. [17]

While adhering to the deadlines provided in rules and regulations is one element of note in this decision, another aspect of particular importance is the FC’s reasoning that the Commissioner was under no obligation to amend the Patent Register after the deadline had passed. This places the burden of ensuring the accuracy of patent records and taking actions to remedy them in a timely manner on patent agents and/or the patentees themselves. Some may consider this as being in contrast to Section 4(2) of the Patent Act, which places the charge and custody of records on the Commissioner. However, even if an implied duty exists, in the circumstances of this decision, the patent register did not contain any inaccuracies and so there was nothing for the Canadian Intellectual Property Office to correct. In any case, patent applicants and/or their agents should remain cognizant of the relevant deadlines involved in the patent process and the consequences associated with missing them. 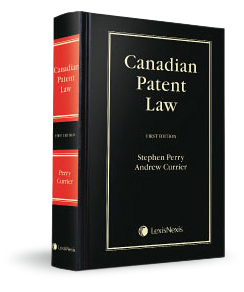