Canadian Patent Application No. 2,529,210 (“the ‘210 Application”) filed by Assurant Inc. (“the Applicant”) for a system that routes customer calls based on a sales agent’s past performance was rejected by the Patent Appeal Board (“PAB”), at least for the reasons of non-statutory subject matter and obviousness. [71]

Interestingly, the examiner initially considered original claims 31, 34, and 37-44 to be allowable, [5] but these claims were rejected by the PAB upon review. Following the principles of purposive construction, the PAB determined that the subject matter of all of the claims is directed to a mental exercise not requiring a computer as an essential element. Therefore, each of the claims was rejected for lack of statutory subject matter. [46] Furthermore, the purported inventive concept of each of the claims lacked ingenuity, in that it was an obvious extension of United States Patent No. 6,453,038 (“D1”). [66] In addition, new subject matter, lack of utility, and indefiniteness were also reasons for rejecting the ‘210 Application.

The ‘210 Application relates to a process for assigning incoming calls from customers to human agents in a call management system that might be used, for example, in a telephone sales or marketing office. [3] The ‘210 Application attempts to assign particular types of calls (or callers) to different groups of agents, where an agent is assigned a call based on the particular agent’s past performance in persuading a customer to change his/her mind. [3] 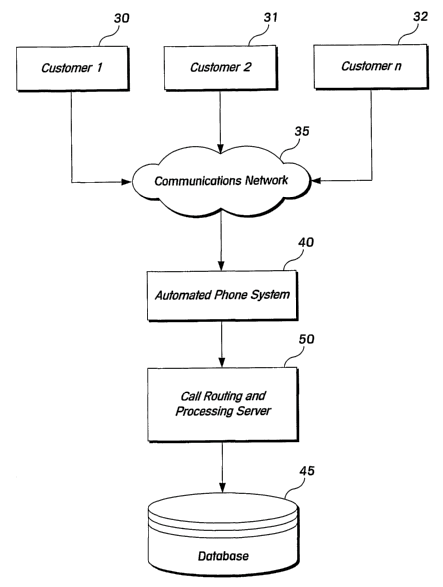 A call processing system that is configured for:

determining an expected economic value that is expected to be derived from performing one or more tasks in connection with an incoming call;

assessing a priority of said incoming call based on said expected economic value;

using said assessed priority to determine whether to route said incoming call to an automated call processing system; and

There were five substantive issues and one procedural issue before the PAB:

The PAB applied the four-step test set out in Apotex Inc v Sanofi-Synthelabo Canada Inc, 2008 SCC 61, and concluded that the differences between the state of the art and the inventive concept of each of the claims are steps that would have been obvious to the person skilled in the art. [66]

The PAB determined that the person skilled in the art includes a team comprised of call center personnel including salespeople, managers and business planners, and IT personnel including computer programmers and network technicians. [34] According to the Panel, the relevant common general knowledge of the person skilled in the art based on a reading of the specification and a prior art disclosure include “knowledge of basic sales and business ‘best practices’ such as customer retention, prioritizing customers, ranking customers… and maximizing revenues.” [35]

The inventive concept was considered to be the essential elements of the claims, which are determined by applying the Manual of Patent Office Practice (“MOPOP”) Guidelines as outlined in PN2013-03 for claim construction regarding computer-implemented inventions. This guidance involves identifying the problem to be solved, the solution to the problem, and the claim elements that are essential to providing the solution.

The difference of the agent causing the customer to choose a course of action that is favourable to the sponsor organization was considered to not require any degree of ingenuity. The PAB therefore rejected the Applicant’s assertion that the D1 system is limited to “customers having a predisposition to purchase a product and who merely need guidance.” [60] The types of calls handled in the D1 system would also logically include some calls from unhappy customers. There is nothing that precludes the agents, or the call processing system itself, from also handling these calls. In such cases, it would be logical for an agent to attempt to persuade the caller to consider additional services or products, because this would not only address why the customer is unhappy, but also increase the agent’s “sales made” performance measurement. [61]

To be considered statutory subject matter, the essential elements of the claims must define “something with a physical existence, or something that manifests a discernible effect or change,” as stated the decision in Canada (Attorney General) v Amazon.com, 2011 FCA 328. [44] This requirement was not satisfied by the essential elements of any of the claims, all of which were directed to assigning a call to an agent based on the agent’s past performance in persuading a customer to change his/her mind. The PAB considered the assessing and assigning steps to be “readily implemented without any computerized system, by using pen and paper, or as a mental exercise.” [45]

In addition to the high threshold requirement of statutory subject matter and non-obviousness, several claims in the ‘210 Application also failed on the generally lower threshold test for utility. Claims 5-9 and 54-56 were not considered useful because the result of customer persuasion was not reproducible. These claims do not specify that the agent would successfully persuade the customer to change their mind. [49] The outcome of the call depends on an agent’s skill, judgement or reasoning, and are not reproducible from the operation of the method alone. [49] The method alone would result in the reproducible step of assigning an important call to a highly-ranked agent based on past performance, but this would be independent of the agent’s judgement or reasoning. [48] The independent claims, which do not specify that the agent will successfully persuade the customer, did not meet the utility threshold. [49]

Minor typographical errors in the original claims were successfully fixed in the proposed claim set. [67]

An amendment to the ‘210 Application had included the expression “probable ability to establish affinity with the customer” in the claims, which was determined by the Examiner to constitute new matter. [38] In its reply to the Final Action, the Applicant suggested replacing this language with “based on said particular agent’s past performance in persuading a customer to change his/her mind,” which was accepted by the PAB as supported by the specification. [43]

6) Deference to the Examiner Rejected

It is interesting to note that the Applicant did not take steps in its submission to address any of the substantive issues raised. Rather, the Applicant limited its arguments on appeal to the procedural issue that the PAB should give deference to the Patent Office Examiner’s initial conclusion on patentability of claims 31, 34, and 37-44, mentioned above, which were identified in the Summary of Reasoning to be allowable. This argument was rejected for two reasons. First, the PAB is an administrative body, as opposed to a court, comprised of senior Patent Office officials instead of judges, whose role is to provide an independent review of a rejected application that cannot be compared to a judicial appeal. [14] Second, deference is not warranted because a rejected application is subject to review in its entirety, not limited to the rejected claims. The PAB noticed similarity of the subject matter of the “allowable” claims with that of the unacceptable claims, and from the analysis, concluded that these claims should all be rejected based on similar reasons. [15]

In this decision, the PAB provides an example of how an invention which seems to straddle the line between software and business method, here a call processing system, can fall victim to unpatentable subject matter and obviousness rejections where the invention does not clearly manifest a discernable effect or change. Interestingly, the Applicant’s strategy to rely solely on its procedural argument that deference should be given to the Examiner backfired, resulting in all of the claims of the ‘210 Application to be rejected. 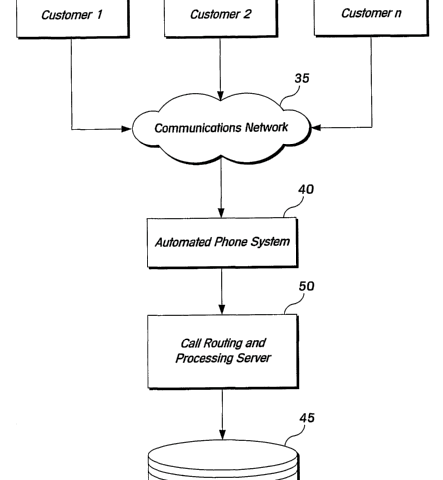