In light of this high standard, the FCA found that the Federal Court (“FC”) made no palpable and overriding error when it weighed the evidence on claim construction, and therefore upheld the FC’s findings that Hyundai did not infringe ABB’s patents (Canadian Patents No. 2,567,781 (“the ‘781 Patent’) and 2,570,772 (“the ‘772 Patent’)) and that the patents are also invalid. The FCA queried whether “the time has come to reconsider the view that appellate courts are to review patent construction on the basis of correctness,” [27] but applied the standard of review as it currently exists pending future consideration by the Supreme Court of Canada. [28]

The ‘781 Patent on a Viewing Window 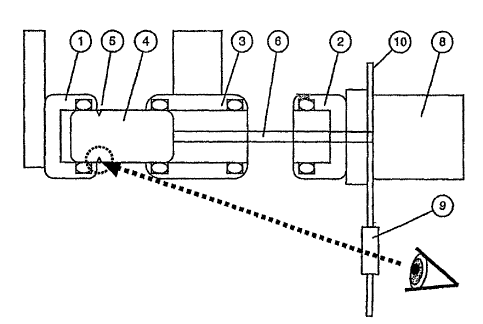 The ‘781 Patent teaches adding a small viewing window to the switchgear assembly through which a person can view the position of a grounding switch. [14] Claim 1 describes the invention as including a “moveable switch-contact element”:

Hyundai argued, and ABB acknowledged, that the use of a viewing window to observe the position of a particular kind of switch, known as a knife blade switch, was known in the prior art. [33] The question was whether “moveable switch-contact element” included a knife blade switch, in which case the claim would be invalid for anticipation, or whether the term was limited to a different type of switch known as a sliding contact switch. [33]

ABB argued that, according to Whirlpool, if a term that has two interpretations then it should be construed to include only one variant. [52] The FC rejected this argument as an erroneous reading of Whirlpool that rests on the flawed view that patent law is a collection of disparate and unconnected rules divorced from an underlying concept. [53] Here, the term “disconnector” in claim 1 is described in the disclosure as including both kinds of switches, [54] and the FC’s preferred expert also interpreted “moveable switch-contact element” to cover both kinds of switches. [55]

ABB pointed to the figures in the ‘781 Patent, which show only sliding contact switches and not a knife blade switch. The FC observed, however, that the ‘781 Patent stated that the figures were only “exemplary”, [57] so could therefore not be used to limit the claim to only the embodiment shown. The FCA hinted that ABB’s case might have been helped if it referred to those figures as the “preferred embodiment” rather than just “exemplary”. [57]

After finding that Claim 1 was anticipated, the FC also found that each of the remaining claims, all of which were dependent on Claim 1, were obvious on the basis of expert evidence which showed that inspection windows to view switch positions were well-known in the prior art. [61-62]

The FCA did not find it necessary to comment on the issue of infringement. [69]

The ‘772 Patent on an Enlarged Circuit Breaker Compartment

The ‘772 Patent teaches a way to enlarge the breaker compartment in a gearbox so as to accommodate a grounding switch without enlarging the surrounding switchgear assembly: [12]

Given that this element was essential, the FC then found all of the claims to be obvious. [76] The invention was no different than ABB’s own design practices and what was in the prior art. [76] The remaining claims, each of which were dependent on Claim 1, each disclosed nothing more than what was well-known in the prior art, and their combination was nothing inventive. [72]

On the issue of infringement, the FCA upheld the FC finding that the switchgear assemblies sold by Hyundai did not include a cable grounding feature, so there could be no infringement. [80]

This recognition of the dominance of factual findings in the claim construction analysis was discussed recently by the Supreme Court of the United States in Teva v Sandoz, where the SCOTUS recognized that claim construction can involve “subsidiary factual disputes” that are reviewed on a “clear error” standard.

One useful takeaway for patent drafters is the FCA’s comments regarding the “exemplary” figures in the ‘781 Patent which showed only sliding contact switches, not knife blade switches. It is normal drafting practice for the embodiments described in the figures to be described as merely examples, so as to not limit the scope of the claims. In this case, however, referring to the figures are mere examples actually hurt. The patentee could not point to the absence of knife blade switches in the figures to limit Claim 1 from reading onto the prior art, which taught the claimed use in conjunction of knife blade switches, since the figures were described as merely exemplary. The FCA hinted that if the patentee had limited itself to the figures more, perhaps by referring to them as the “preferred” embodiment, then the claim might have been saved. [See 57]