Are We Ready to Name AI as an Inventor of Patents?

Are We Ready to Name AI as an Inventor of Patents? 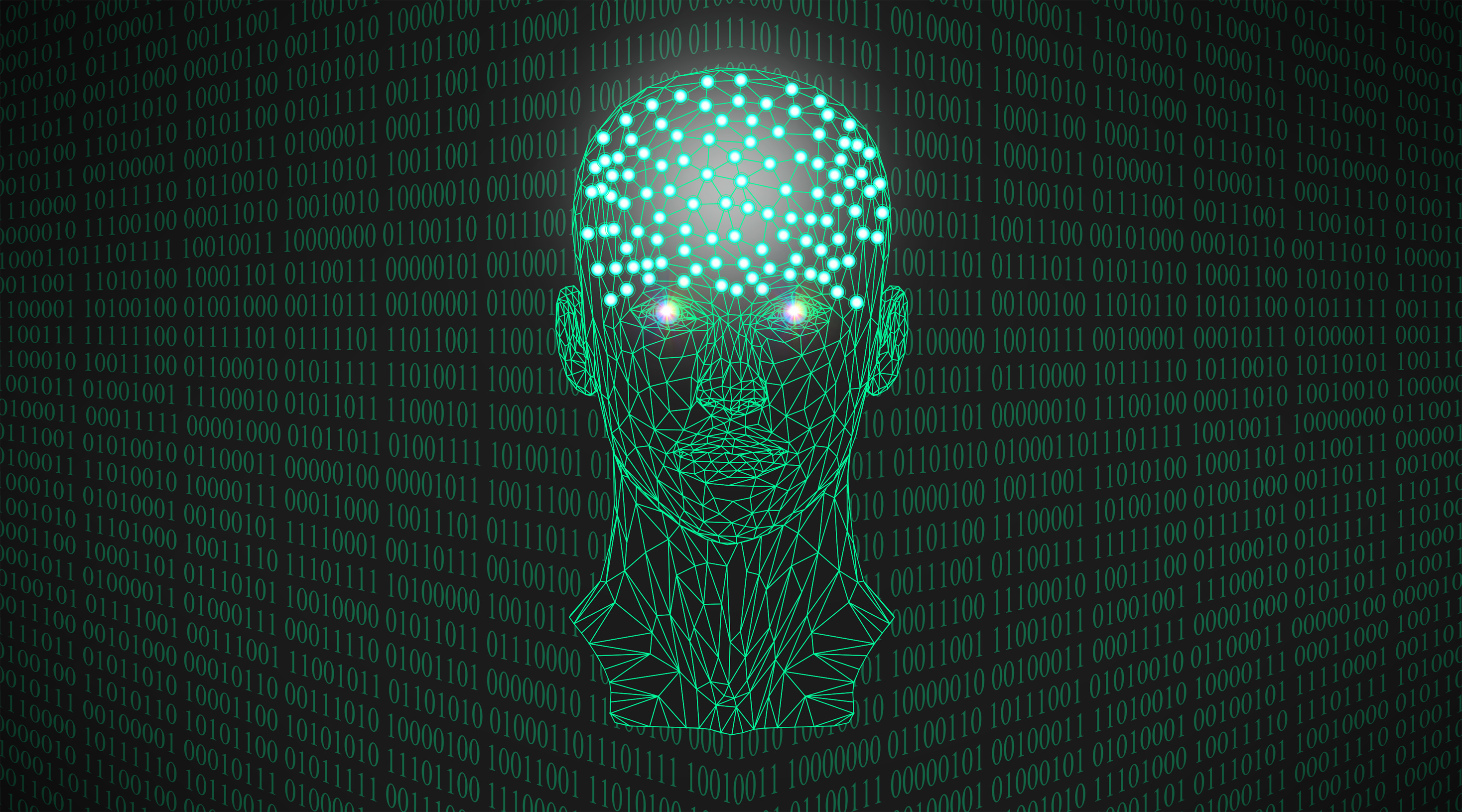 On July 30, 2021, the Australian Federal Court recognized, in a judgement handed down by Justice Beach, that an artificial intelligence (“AI”) can be listed as an inventor under the Patent Act 1990 (Cth) (“Australian Patent Act”).  While this decision can be seen as a path forward towards innovation, there are many implications to be considered when traversing the idea of extending personhood to an AI. Because of the plethora of issues surrounding the sentience of AI, it is unlikely that this decision would be implemented in other jurisdictions or seen as common practice any time soon.

DABUS, a Device for Autonomous Bootstrapping of Unified Sentience, is an AI system that was created to overcome the drawbacks of compound artificial neural networks, allowing a machine to generate new concepts. It was trained through both supervised and unsupervised machine learning. Dr. Stephen Thaler is the owner of the copyright of the source code for DABUS. The initial patent application filed by Dr. Thaler in Australia was rejected for not naming a human inventor. According to the Commissioner of Patents, section 15 of the Australian Patent Act provides that patents can only be granted to a “person” who is the inventor or a “person” who derives title from the inventor. The term “person” includes a natural person or a legal person, such as a corporation. As such, the Commissioner found that only a person can be a patentee, and not an AI.

Dr. Thaler appealed this rejection and sought judicial review on the grounds that section 15 of the Australian Patent act, as well as the Patents Regulations 1991 (Cth) in general do not preclude AI from being treated as an inventor.

Justice Beach agreed with Dr. Thaler, setting aside the decision of the Commissioner, stating that, in summary [10]:

Justice Beach went on to discuss section 15 of the Australian Patent Act in detail, expressing that nothing in section 15 precludes an AI from being an inventor.  In stating that DABUS can be upheld as the inventor, Justice Beach further held that a non-human cannot be an applicant for a patent nor a grantee of a patent [226]. As such, Dr. Thaler, being the applicant and ultimately the grantee (should there be a patent granted in the future), owns DABUS’ inventions as they come into his possession [189], while DABUS is ultimately the inventor.

Other Jurisdictions and Canada’s Patent Act

Australia is not the first jurisdiction to traverse the DABUS application and the question of naming an AI as an inventor. Notably, the South African Patent Office, CIPC, had recently granted a patent to DABUS. It should be noted, however, that the CIPC is a non-examining patent office. The requirements for obtaining a patent from the CIPC’s registration-based system are a formal examination as well as fees paid with the specification and documents attached.

Previous applications stating DABUS as an inventor have been rejected by the United States Patent and Trademark Office (USPTO), the United Kingdom Intellectual Property Office (UKIPO), and the European Patent Office (EPO). The USPTO rejected the application based on the grounds that inventions, as defined by US law, require “conception” and that “conception” requires a theory of mind, which cannot be established in an AI. The UK courts reasoned that since AI cannot hold property, it thus does not have the capacity to authorize someone to act on its behalf. The EPO reasoned similarly, namely focusing on the fact that several rights and obligations are attached to being an inventor, and that an AI lacks the personhood to discharge it’s obligations and exercise rights.

While no decision has been made on the matter in Canada yet, looking to the Patent Act R.S.C., 1985, c. P-4 (“Canadian Patent Act”) for the definition of “inventor” points to an approach that would be in accordance with the US, UK, and Europe. Subsection 27(1) of the Canadian Patent Act specifically states that:

The Commissioner shall grant a patent for an invention to the inventor or the inventor’s legal representative if an application for the patent in Canada is filed in accordance with this Act and all other requirements for the issuance of a patent under this Act are met.

Where an invention is made by two or more inventors and one of them refuses to make application for a patent or his whereabouts cannot be ascertained after diligent inquiry, the other inventors or their legal representatives may make application…

This quote makes it even clearer that it was never contemplated by Canadian lawmakers to extend personhood to AI when it comes to naming it as an inventor. AI does not have the capacity to “refuse” to make an application. This section cannot possibly apply to an AI.

There are numerous issues to consider when granting AI the status of inventor.

Many jurisdictions, including Canada, have strict limitations on granting patents to inventions that are computer-implemented. Specifically in terms of computer-related claims, if a computer is used in a well-known manner and the processing of an algorithm on the computer does not solve any problem in the functioning of the computer, or the algorithm by itself is considered the actual invention, the subject matter defined by the claim is not patentable subject matter. AI is now a well-known way to program a computer. Yet, the law around computer implemented inventions remains fraught with uncertainty, as many jurisdictions find software inventions to be too abstract for a patent to be granted. Thus, AI inventions may be inherently unpatentable for lack of statutory subject matter. Given that the patentability of AI itself can be questionable, does it make sense to allow what is otherwise non-patentable subject matter to be an inventor?

While it is an exciting concept to imagine a fully sentient AI with personhood and autonomy attached to it, with what we know about AI thus far, combined with the state of current laws and regulations, we are not yet at the stage where that is a possibility. There are many unanswered questions about the implications of extending personhood to an AI. Would an AI have human rights? Would it be taxed? Can it be criminally charged? Further, would there be any limitations on the number of patents that can be granted to an AI? An issue would arise regarding the high number of inventions that an AI could potentially push out if it’s working tirelessly, with corporations theoretically capitalizing on such an advantage with the lack of human innovation as a factor.

In an interesting quote, Noam Chomsky once wrote:

The question of whether a computer is playing chess, or doing long division, or translating Chinese, is like the question of whether robots can murder, or airplanes can fly — or people; after all, the “flight” of the Olympic long jump champion is only an order of magnitude short of that of the chicken champion (so I’m told). These are questions of decision, not fact; decision as to whether to adopt a certain metaphoric extension of common usage.  (https://quotepark.com/quotes/1784574-noam-chomsky-the-question-of-whether-a-computer-is-playing-ches/).

There is no doubt that, at one point, computers performing all of the above tasks, or airplanes flying, was unheard of, or even thought to be impossible. But, through years of development and advancements, these statements are now common verbiage that we would not think twice about. Applying the same line of thought to AI, we will perhaps see the same development in the future in terms of its personification. For now, until AI reaches a more definitive state in terms of its abilities and limitations, it is our opinion that the best approach to this issue is to mirror the position in copyright, which was the conclusion reached by the Australian Commissioner of Patents in its rejection. In copyright, IP rights arise from the application of human intellectual effort. Applying this approach to the question at hand, the creator of the AI should be automatically deemed the inventor.