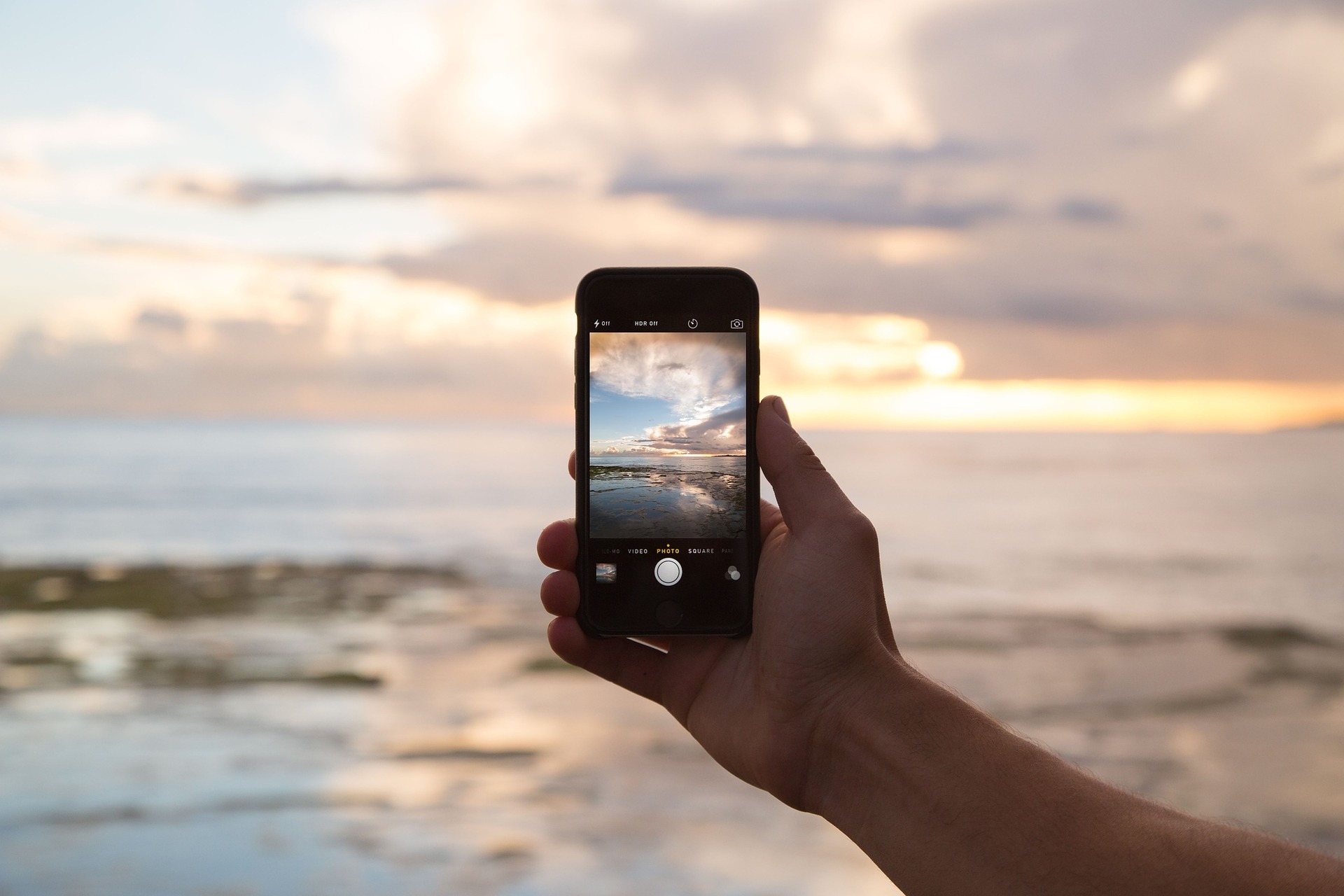 A recent opinion handed down by the United States Court of Appeals for the Federal Circuit (“CAFC”) found claims describing an “improved” digital camera to be an abstract idea and not patent-eligible subject matter.

In coming to this conclusion, a divided CAFC panel, 2-1, upheld a decision from the United States District Court for the Northern District of California (“the district court”) dismissing two patent infringement actions. The actions were brought by Yanbin Yu and Zhongxuan Zhang (“Yu and Zhang”), the inventors and owners of the patent at issue, against market competitors, Apple Inc., Samsung Electronics Co., Ltd., and Samsung Electronics America, Inc. (“Apple and Samsung”).

The patent at issue, U.S. Patent No. 6,611,289 (“the ‘289 patent”) describes a digital camera that uses multiple sensors and lenses, a digital image processor and an analog-to-digital converting circuitry to improve the resolution and color range of digital images. Notably, the patent application was filed by Yu and Zhang back in 1999, it was later issued in 2003 and is now expired as of 2019. 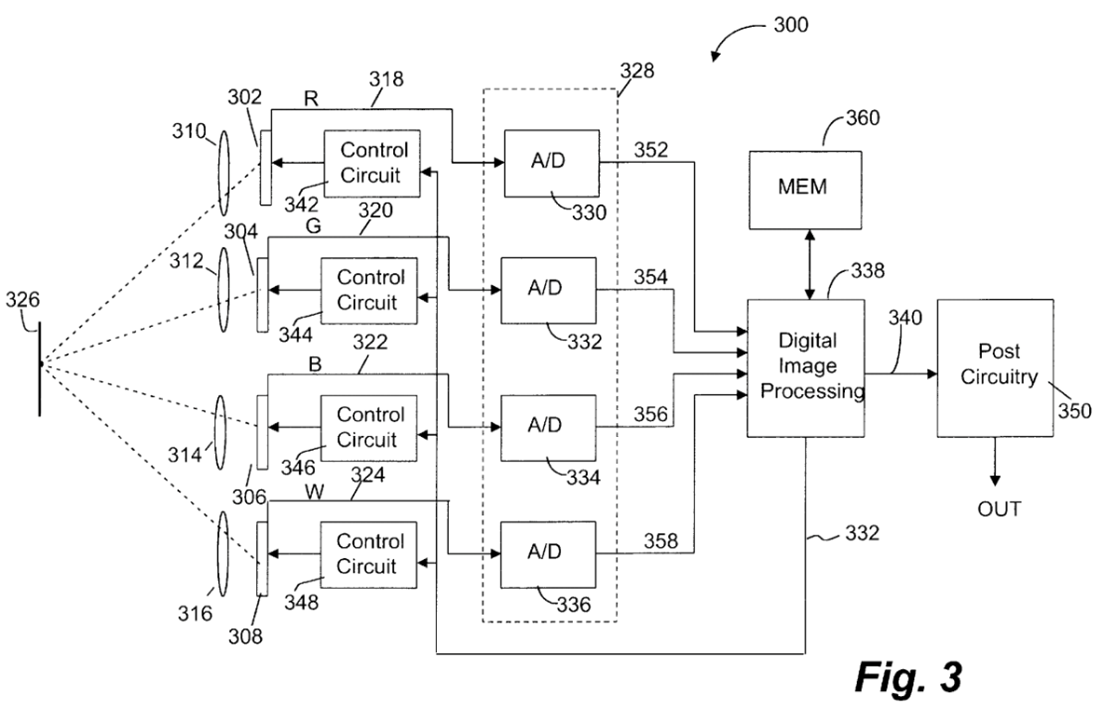 FIG. 3 shows a block diagram of an improved digital camera employing multiple lenses and Sensors according to one embodiment of the ‘289 patent.

The pair first initiated proceedings against Apple and Samsung in 2018, alleging that the dual-lens cameras used in their new smartphone products infringed the ‘289 patent. In response, Apple moved to dismiss the claims for patent ineligibility under 35 U.S.C. § 101, with Samsung later joining. Specifically, Apple and Samsung asserted that the claims of the ‘289 patent cannot be patented as they are directed to the abstract idea of creating an image by using one image to enhance another, an idea that lacks any inventive concept.

When determining whether the claims of a patent are directed to patent-eligible subject matter, the courts apply the following two-step test as developed by the Supreme Court in Alice v. CLS Bank. First, it must be determined whether the claim contains any patent-ineligible concepts, such as an abstract idea like an algorithm or a method of computation. If so, at step two it must be determined whether any element or combination of elements in the claim is sufficient to ensure that the claim amounts to significantly more and is thereby directed to patent-eligible subject matter.

The district judge, James Donato, agreed with Apple and Samsung, holding that the asserted claims were directed to an abstract idea.

On appeal, Yu and Zhang assert that claim 1 was indeed directed to a patent-eligible application. The pair raise several arguments to support this statement, including that the claims of the ‘289 patent “‘are directed to a patent-eligible improvement in digital camera functionality’ by providing a specific solution’ to problems such as ‘low resolution caused by low pixel counts’ and ‘inability to show vivid colors caused by limited pixel depth’” [7]. In addition, it is argued that the configuration disclosed is unconventional because the claim was allowed by the United States Patent and Trademark Office over multiple prior art references.

Writing for the majority, Judge Prost agreed with the district court and held that the ‘289 patent failed under step one of the analysis as the claims were “directed to the abstract idea of taking two pictures … and using one picture to enhance the other in some way” [5]. The patent could not be saved by part 2 of the Alice test since the components described were considered conventional and merely employed a solution that had already “been known by photographers for over a century” [6]. The CAFC took further issue with the language used in the ‘289 patent’s specification and its claims, observing that there was disparity between the broad scope of claim 1 and the particular configuration described in the specification [7].

At step two, the CAFC again agreed with the district court and found that the ‘289 patent did not include an inventive concept sufficient to transform the claimed abstract idea into an invention that is patent-eligible [9]. The CAFC further explained that the configuration disclosed in claim 1 “is recited at a high level of generality and merely invokes well-understood, routine, conventional components to apply the abstract idea” [9].

As such, the CAFC affirmed the judgement of the district court.

In a notable dissent, Judge Newman argued that the claimed invention in the ‘289 patent is a “mechanical and electronic device of defined structure and mechanism; it is not an ‘abstract idea’” [13]. Referencing Diamond v. Diehr, a Supreme Court ruling from 1981, she reasoned that asking whether a particular invention is novel is separate from whether the invention falls into a category of statutory subject matter [16]. As such, she criticized the majority for their analysis and concluded that the claims of the ‘289 patent should have first been reviewed under the substantive criteria of patentability, including novelty and non-obviousness [18].

Judge Newman further denounced the majority for the impact that this kind of decision-making, has and will continue to have on technologic development in important fields of commerce. She explained that the “fresh uncertainties engendered by the majority’s revision of [§ 101] are contrary to the statute and the weight of precedent, and contrary to the public’s interest in a stable and effective patent incentive” [18].

The stark division between the members of the CAFC bench’s understanding of the § 101 patent-eligibility inquiry is put on display in this decision. The majority’s opinion appears to signal a broader interpretation of claims falling under the Alice-test web, which, as voiced by Judge Newman, raises concerns about whether sections of the statute are being confused and improperly applied.