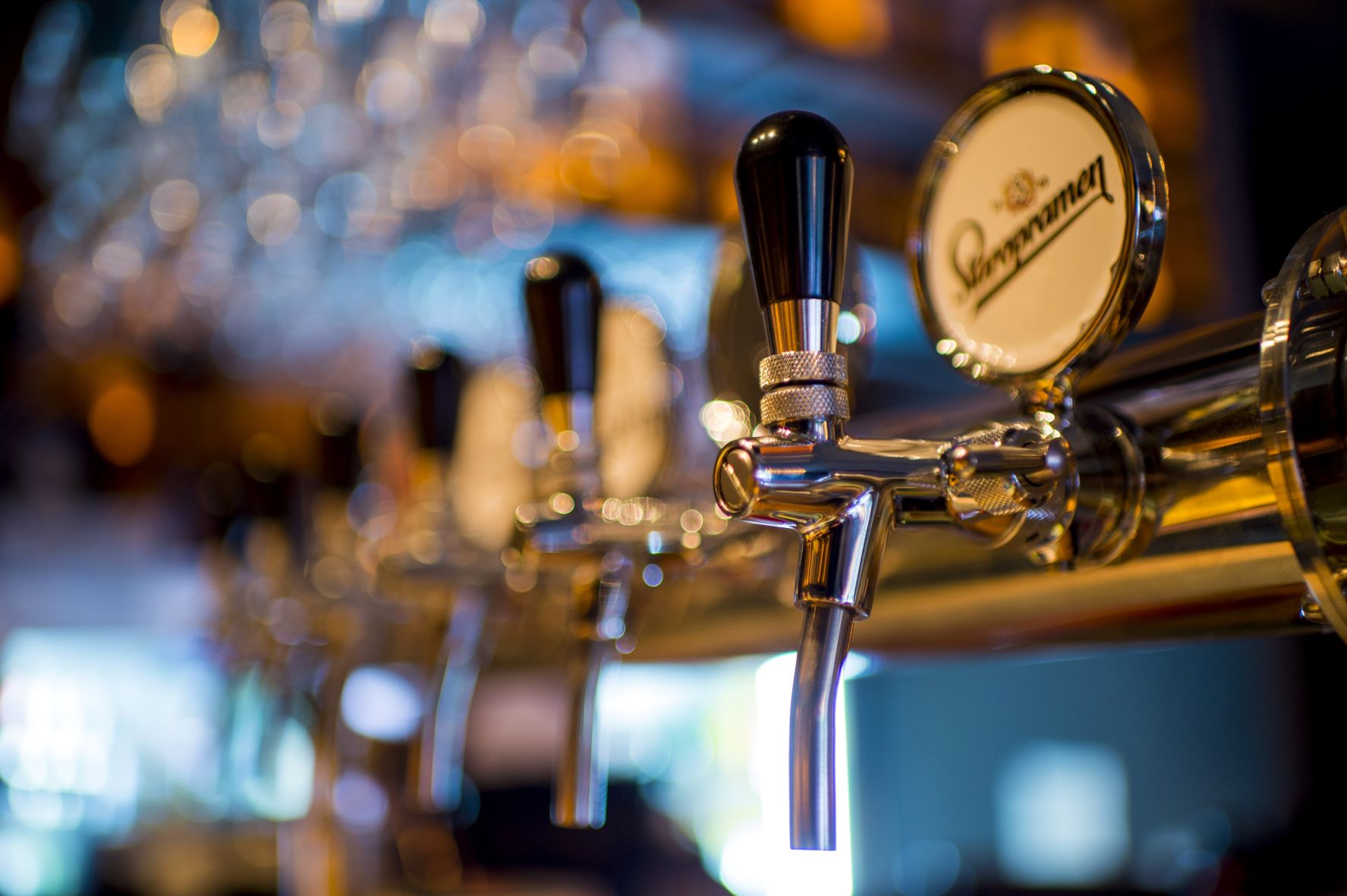 A craft brewer based out of Blyth, Ontario was recently denied rights to a bell-themed trademark by the Federal Court (the “FC”).

Upholding a decision of the Opposition Board for the Registrar of Trademarks (the “Board”), the FC found a likelihood of confusion between a proposed mark by Blyth Cowbells Brewing Inc. (“Blyth”), and an existing mark registered by Bellwoods Brewery Inc. (“Bellwoods”).

Bellwoods, a well-established and critically acclaimed craft brewery, holds two registered trademarks for bell designs for use in association with beer, operation of a brewery and a handful of merchandise items. TMA859,184, shown on the left below, was filed in May 2011 and registered in September 2013 (the “’184 Mark”), and TMA878,789, shown below in the center, was filed in January 2013 and registered in May 2014 (the “’789 Mark”, together with the ‘184 Mark, the “Bellwoods Marks”). Blyth filed its application for a bell design in November 2015, also for use in association with beer and brewery services to compliment the company’s branding strategy: Trademark Application No. 1,755,747.  This bell design is depicted below (the “Cowbell Mark”).

After passing examination, the trademark was published for advertisement, inviting the possibility of opposition on any of the grounds listed in the Trademarks Act.

Bellwoods, worried about the impact that the Cowbell Mark would have on its brand initiative, filed an opposition on January 5, 2017. The Board found in favour of Bellwoods and concluded that there was a reasonable likelihood of confusion between the Cowbell Mark and at least the ‘184 Mark.

Blyth appealed the Board’s decision. The central issue before the FC was whether the Cowbell Mark was likely to be confusing with the Bellwoods Marks, particularly the ‘184 Mark.

The test for confusion in Canada was outlined in Masterpiece Inc. v. Alavida Lifestyles Inc., and is applied to the current case as follows: whether it is likely that the ordinary consumer, somewhat in a hurry, who sees the Cowbell Mark, when they have no more than an imperfect recollection of the Bellwoods Marks, as a matter of first impression, and without pause to give the matter any detailed consideration or scrutiny, would be likely to believe that the goods and services associated with the Cowbell Mark originated from the same source as the Bellwoods Marks.

The FC found that there was a fair degree of resemblance between the Cowbell Mark and the ‘184 Mark in terms of appearance and concept [54]. Blyth and Bellwoods also both offer similar goods and services and have channels of trade that overlap [57]. Though there was no evidence of actual confusion in the marketplace before the FC, it was concluded that the ordinary consumer would likely be confused about the source of the goods and services marketed by Blyth [67]. The Cowbell Mark was therefore identified as not registrable.

Though this successful opposition denies Blyth the benefits of registration, it will not prevent them from using the Cowbell Mark in Canada. To further protect its brand, Bellwoods would need to file a trademark infringement action against its competitor and request an injunction.

Nonetheless, this decision could have costly repercussions for Blyth. In recent years the company has heavily invested in its branding strategy, including opening the doors to a 26,000 square foot destination brewery in 2018. The cause is a cautionary tale for those developing a new brand, especially in markets experiencing a proliferation of certain products, to consider their competition and plan accordingly.

For more information on opposing a trademark registration or to obtain trademark protection for your business, please contact a trademark lawyer at PCK Intellectual Property.