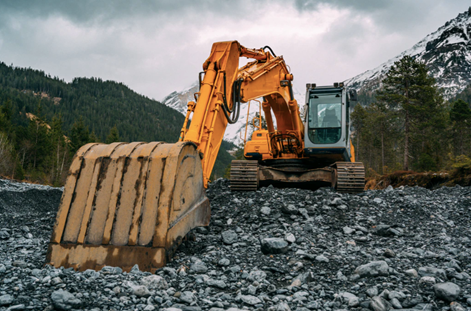 The Federal Court (“FC”) recently granted a motion for summary judgment, rendering a patent invalid and void pursuant to section 60(1) and 62 of the Patent Act. The FC only dealt with the issue of obviousness and held that the patent was a standard feature of the prior art and was not inventive. 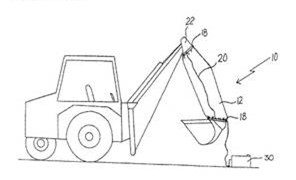 Figure 1 of the ‘341 Patent shows a backhoe with an articulated hydraulic boom (22) and a sleeve (12) wrapped around it.

On January 10, 2020, the Plaintiff, Flatwork Technologies, LLC (doing business as “Powerblanket”), brought a motion for summary judgment for patent impeachment pursuant to section 60(1) of the Patent Act. [para 13] The Defendant was Susan Brierley, the inventor and owner of the patent-at-issue, Canadian Patent No. 2,383,341 (the “’341 Patent”). The ‘341 Patent describes an electric heating wrap that maintains articulated hydraulic booms operating in cold temperatures. [paras 1-3] Powerblanket argued that that the ’341 Patent should be declared invalid for several reasons including obviousness, anticipation, and lack of utility. [para 11]

Since the Court determined that there was no genuine issue for trial with respect to Powerblanket’s allegations, the Court turned its analysis to whether the patent-at-issue should be declared invalid due to obviousness.

Inventive Concept or Construction of Claims

In order to determine whether the patent was obvious, the court was tasked with identifying the inventive concept of the claim in question or otherwise construing the claim. [para 71] The FC found that there was no inventive concept as it was not difficult to wrap a heated blanket around an item to keep it warm in the freezing weather. [para 80] In construing the claims, the FC stated that the patent was “straightforward”; Claims 1 through 6 described the electric heating sleeve and Claims 7 through 8 explained a method for maintaining the heat in the device while it operated. [para 83]

Differences Between Prior Art and Patent-at-Issue

Next, the Court assessed the differences between the ’341 Patent and prior art, namely US Patent 5,049,724 (the “’724 Patent”) and US Patent 5,857,050 (the “’050 Patent”). The ’724 Patent described an insulated sleeve wrapped around control devices, fastened, and then heated and the ’050 Patent described a heating sleeve wrapped around a gas cylinder. [para 58] Brierley argued that all of these prior arts had top and bottom ends whereas the ’341 Patent simply referred to “opposed ends” making her patent non-obvious. The Court however, rejected that assertion and held that there was no real difference in those terms and that “[a]t times in her patent the heating wrap was a top and bottom and at other times it has two sides or opposing ends.” [paras 92-93]

The Court therefore narrowed down the differences between the patent-at-issue and the prior art to state that the ’341 Patent described a sleeve wrapped around an articulated hydraulic boom, which could be operated with the sleeve on, as well as with another layer of insulation. [para 94]

Would the Differences Have Been Obvious to a Person Skilled in the Art?

The last element in the obviousness test involved assessing whether those differences would have been obvious to a person of ordinary skill in the art (“POSITA”). The Court determined that to a POSITA with common general knowledge, it would have been obvious, given the prior art where heated blankets with heating coils that work in a cold climate could also be wrapped and fastened around an item to keep the item warm. Just because the ’341 patent wrapped around the articulating boom did not mean it was inventive. [para 110]

[para 112] The Court therefore granted Powerblanket’s motion for summary judgment and held that the ’341 Patent was invalid for obviousness. Since impeachment proceedings only require one ground of invalidity for the plaintiff to succeed, the FC did not consider the issues of anticipation or utility. [para 114]

This case confirms that a patent’s validity can be determined by summary judgment. So long as there is no genuine issue for trial and there are no disagreements as to the underlying facts, the courts will decide matters such as obviousness by summary judgment. After all, as the FC stated, “summary trial will promote expeditious, proportionate, less expensive, [and] timely justice.” [para 27]

For more information about patent validity or to obtain IP protection for your assets, please contact a professional at PCK Intellectual Property.