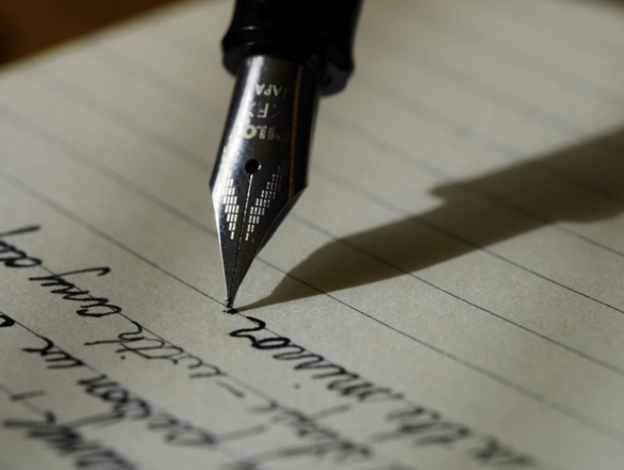 Last year, the United States Court of Appeals for the Federal Circuit (“Federal Circuit”) affirmed a Patent Trial and Appeal Board (“Board”) decision which rendered claims unpatentable for failing to comply with the written description requirement pursuant to 25 U.C. Code § 112. In effect, the Federal Circuit upheld the importance of a patent applicant’s obligation to disclose how the invention works to the public; after all, it is in exchange of this disclosure that the successful applicant is granted a patent and the right to prevent others from making, selling, and using the invention.

Two competing research teams, Stephen Quake and Christina Fan (the “Stanford team”) and Dennis Lo, Rossa Chiu, and Allen Chan (the “University of Hong Kong team”), each invented a method to diagnose chromosomal abnormalities in fetuses, using massive parallel sequencing (“MPS”) to sequence DNA from maternal blood samples. [pg. 2] This allows for testing of abnormally high or low number of chromosomes which can indicate that the fetus has Down syndrome. [pg. 3] MPS can be conducted either by a “random” or “targeted” method. In a random format, all the DNA is amplified before being sequenced. In the targeted method, only the targeted sequences are amplified and then sequenced. [pg. 4]

The Stanford team’s U.S. Patent No. 8,008,018 (“the ’018 Patent”) and their U.S. Patent Application No. 12/393,833 (“the ’833 Application”) claim a random MPS method, meaning that all the DNA is sequenced. However, the specification (shared by the ‘018 Patent and the ‘833 Application) only expressly describes detection of targeted sequences. [pg. 2-5]. In 2007, the University of Hong Kong team filed a patent application that explained in greater detail, the use of MPS to randomly sequence the whole sample after fragmentation. Their application went on to describe that a skilled artisan would have to modify the chromosome size in order to determine fetal aneuploidy. [pg. 8-9] Both the Stanford team and the Hong Kong team requested interferences in order to determine who invented the random MPS method first. [pg. 9]

To qualify as a patent under U.S. law, the patent must comply with 35 U.S. Code § 112 and contain a specification with a written description of the invention. [pg. 14] The Hong Kong team argued that the’018 Patent and ’833 Application were unpatentable for lack of written description as the shared specification only mentioned MPS twice in its thirty-plus columns. The Stanford team on the other hand, contended that those two references sufficiently described MPS as a sequencing tool and distinguished random sequencing from target sequencing. [pg. 9] The Board however, disagreed, finding that the descriptions did not preclude targeted MPS, and rendered the Stanford team’s claims unpatentable. [pg. 9-10] The matter was appealed and remanded back to the Board, with new instructions to consider whether the patent’s written description disclosed random MPS. [pg. 10]

On remand, the Board found that although some of the elements of the claimed method were described, it was not sufficient to link the elements into a complete method and did not define how to use the data from the random massively parallel sequencing to determine fetal aneuploidy. Therefore, the Board ruled that the Stanford team’s patent and patent application failed to convey a method of finding fetal aneuploidy with random massively parallel sequencing. [pg. 12-13] Once again, the Stanford team appealed the Board’s findings and the Federal Circuit was left having to decide whether the ’018 Patent and the ’833 Application sufficiently provided a written description so as to comply with §112. [pg. 13]

The Federal Circuit held that the written description requirement is especially paramount where claims are added during prosecution in response to developments by competitors. The Stanford team only moved to cover random MPS in its patent specifications after the Hong Kong team had published its patent application directed to random MPS. [pg. 15] Further, the Stanford team cancelled all of its pending claims and advanced claims that covered random MPS, which the Federal Circuit expressed created “a mismatch between the claims and the originally filed specification.” [pg. 15] The Federal Circuit stated that the term “random MPS” was never referred to in the ’018 Patent and that simply using the term “random” was not enough to indicate “random MPS.” [pg. 15-18]

Since the method was not expressly described, the Federal Circuit assessed whether the disclosure would have been apparent to a person skilled in the art. The Court clarified that the disclosure only needed to be sufficient to create “‘mark[ing] trails by making blaze marks on trees’ to ‘find one’s way through the woods’ . . . such that a skilled artisan would be able to follow that trail and understand what the inventors had invented.” [pg. 15-16]

The Court acknowledged that the Stanford team cited another patent Application as part of its written description, Balasubramanian U.S. Patent Application No. 2003/0022207, with teachings that were applicable to both random or targeted MPS, however the Court held that the Application was more compatible with detecting target sequences. [pg. 17-18] Therefore, while the Federal Circuit did agree with the Board that there was some mention of parallel sequencing of DNA fragments selected randomly, it was not enough to convey using random MPS, nor did it create “sufficient blazemarks.” [pg. 20] The Federal Circuit ultimately upheld the Board’s decision and rendered the Stanford team’s claims unpatentable for lack of written description. [pg. 29]

Amending patent claims during prosecution in response to industry developments is a common strategy. Some patent applicants will file multiple continuations or divisionals so that, at any time, they have the option of drafting new claims with the benefit of the original filing date. This can deter competitors, but the claims run the risk of opposition if not fully supported by the specification. This case reinforces the importance of the §112 written description requirement and demonstrates that a fatal consequence of not meeting the requirement means a patent being rendered invalid. The court reminds patent applicants that the 20-year monopoly of a patent is not granted lightly. In return for the monopoly, Bargain Theory demands that the patent applicant provide the public with a full and complete explanation of the invention. Therefore, patent applicants should ensure that when drafting the application, the claimed method as a whole is described sufficiently to satisfy this requirement.

For more information about patent strategy or to obtain IP protection for your assets, please contact a professional at PCK Intellectual Property.