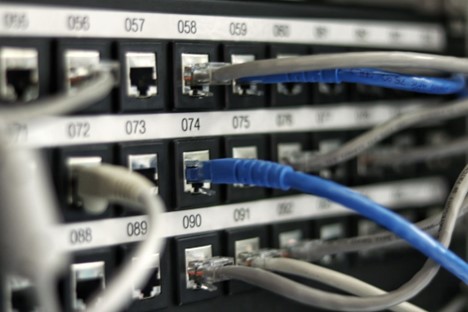 On December 8, 2022, the U.S. Court of Appeals for the Federal Circuit (“CAFC”) released a precedential decision in an appeal brought by Google, LLC (“Google”) challenging several key claims of U.S. Patent No. 10,270,816 (“the ‘816 Patent”).[2] Reversing in part the decision by the Patent Trial and Appeal Board (“the Board”), the CAFC found that dependent claims invalidated by collateral estoppel also invalidated the parental independent claim.

What are IPR Proceedings and Collateral Estoppel?

In the United States, any person who is not the owner of a patent can challenge the patentability of a patent using an inter partes (IPR) review proceeding. An IPR is a trial proceeding before the Patent Trial and Appeal Board of the United States Patent and Trademark Office (USPTO) that reviews the patentability of at least one claim of an issued patent. However, challenges to claims can only be based on (i) grounds raised under sections 102 (novelty) or 103 (obviousness) of the patent and (ii) prior art patents or printed publications.[3] These proceedings are meant to be relatively quick and substantially less expensive than litigation. However, challenging a patent through IPR proceedings is not without its risks.

Once someone challenges a patent in an IPR proceeding and fails, they may be prevented or “estopped” from challenging the patent again on the same grounds in subsequent proceedings. Since patent challenges can be brought in three different tribunals (the district courts, the United States International Trade Commission, and the PTAB), estoppel serves to promote finality and prevent frivolously repeated proceedings.

Hammond alleged that Google Assistant-enabled products such as Google Home and Google Nest infringed the ‘816 patent. In response, Google petitioned for IPR against all claims of the ‘816 patent, asserting that all claims would have been obvious in view of various combinations of prior art references. In its initial decision, the Board held that while claims 1-13 and 20-30 would have been obvious, the combination of prior art presented did not prove obviousness for claim 14. Having found a failure of proof for independent claim 14, the Board also rejected Google’s petition for claims 18 and 19.

Google had also previously petitioned for an IPR of Hammond’s U.S. Patent No. 9,264,483 (“the ‘483 Patent”)[4], which is related to the ‘816 Patent and shares the same specifications. The Board had already issued a final written decision for the ‘483 Patent, ruling all challenged claims unpatentable for obviousness based on prior art combinations.

A party seeking to use collateral estoppel must show:

The parties agreed that only the first requirement was at issue. The only difference between the claims was the language describing the number of application servers, which the CAFC found inconsequential to the question of invalidity. The CAFC explained that collateral estoppel may apply even if the patent claims are not identical, as long as the differences do not “materially alter the question of invalidity”. As such, the CAFC held claim 18 of the ‘816 patent unpatentable.

The parties also agreed that due to the nature of the claims, if claim 18 was unpatentable, then independent claim 14 was as well. Citing this agreement, the CAFC found claim 14 similarly unpatentable under collateral estoppel.

Finally, Google argued that dependent claims 15-17 and 19 were also invalid under collateral estoppel. However, Google failed to raise any new arguments for these claims. Unlike claim 14, there was no agreement dependent on the patentability of claim 18, and Google failed to prove non-obviousness based on prior art.  The CAFC affirmed the Board’s determinations that claims 15-17 and 19 were not unpatentable, and reversed the Board’s decision with respect to claims 14 and 18.

For more information on IPR proceedings for U.S. patents or to obtain IP protection for your assets, please contact a patent professional at PCK Intellectual Property.