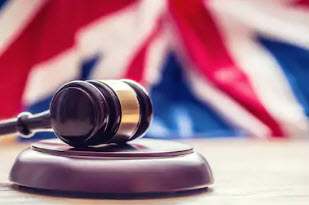 In a recent judgement, the Intellectual Property Enterprise Court (“IPEC”) decided that Netsweeper is entitled to the ownership of its PCT Application and is not in breach of the Confidentiality Agreement with Prosyscor. PCK IP Lawyers LLP of Toronto represented Netsweeper in this dispute against Prosyscor and along with a UK law firm was instrumental in effecting this ruling.

This is a decision which asserts the ownership rights of the employer versus employee(s) under English Law. A former Netsweeper employee who was a UK resident during his employment worked remotely on an invention in the course of his normal employment duties. The IPEC judge, HHJ Hacon, ruled:

“But where, as here, they are very much the sort of acts which the individual was paid to carry out for the company, the fact that they were done at home in my view makes no difference. Acts of a nature such as to fall within the normal duties of an employee do not cease to do so merely because the employee decides to carry out those normal duties at home and/or outside office hours and/or on his own equipment. An invention made in those circumstances is still made in the normal course of the employee’s duties….”

Mr. Richard Mar, lawyer, PCK IP Lawyers LLP noted, “I am thrilled to have been part of this case and am pleased for our client, Netsweeper. We represented Netsweeper prior to commencement of litigation.  Once litigation began, we gathered the necessary evidence and prepared detailed analyses on behalf of our client and were ultimately successful”.

“With the expertise of Richard Mar, we were able to realize a positive outcome in defending our patent”, said Netsweeper. “Protecting our intellectual property has always been of extreme importance and we rely on PCK IP Lawyers LLP to advise us in the optimum IP strategy.”

We support a broad range of intellectual property and commercial services including strategy, commercialization, IP enforcement and dispute resolution. We identify and secure your IP rights to optimize your return on innovation and build investor confidence in your business, while you focus on growing revenue. Our professionals include seasoned, general counsel and commercial and litigation counsel with experience across a broad range of industries and technologies. For each client, we tailor the right combination of professionals and technology to meet each client’s needs.

Netsweeper is a privately owned corporation that develops and licenses the Netsweeper Internet Content Filtering product line. Netsweeper works closely with our client-partners to provide solutions and implementations that address each partner’s unique requirements. Netsweeper sells its solutions direct but also has distributors located around the world reselling various forms of the premium solution.

The Netsweeper application is designed to manage the Internet access and activity of Internet users around the world. Originally created as an alternative to the limited performance of the early filtering products that simply used word-blocking techniques and URL-blocking lists, Netsweeper was designed with the first automated and on demand content filtering categorization system. Netsweeper is the first Internet content filtering company to develop and use a form of hybrid “AI” (Artificial Intelligence) technology to scan content, assign content to categories, and update its filter system without human intervention in real-time.