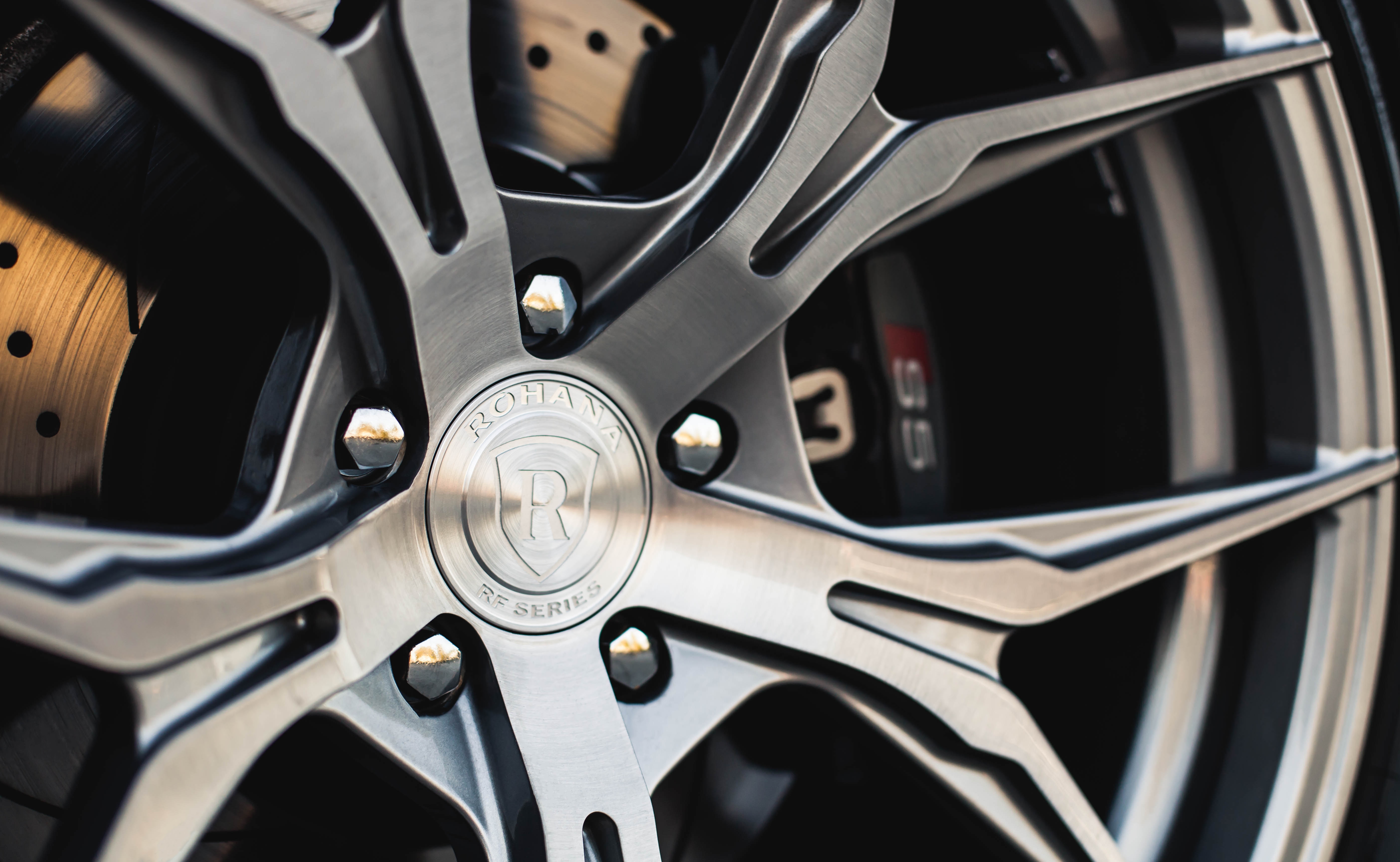 Another controversial decision has been released under §101 in the United States. The decision hinged on whether or not the subject-matter of the patent was eligible for patent protection under 35 US  Code §101. Courts have declared that laws of nature and abstract ideas are not eligible for patent protection under §101, even though no such exception appears in the Code. Applying this “judge-made” law, the Court of Appeal for the Federal Circuit determined that Neapco Holdings LLC and Neapco Drivelines LLC (“Neapco”) had not infringed a patent owned by American Axle & Manufacturing, Inc. (“American Axle”) because the patent in question improperly claims a natural law. The §101 exception was known to be a danger for patents covering software and methods of medical treatment, but mechanical inventions such as this one were thought to be immune.

American Axle sued Neapco for infringing US Patent No.  7,774,911  (“the ‘911 Patent”), which discloses a method of manufacturing a driveline propshaft with a liner designed to dampen vibrations. [3] The liner claims to improve upon previous liners by reducing two types of vibration simultaneously, resulting in a quieter vehicle. [4]

When American Axle accused them of infringement, Neapco countered that the ‘911 Patent was invalid because it claims Hooke’s Law — the mathematical relationship between the stiffness of an object and the frequency at which it vibrates. [7]

Writing for the majority, Circuit Judge Dyk agreed with Neapco’s assertions. He applied a two-step test known as the Mayo/Alice test to determine that the ‘911 patent claims a natural law. [9] The test first asks whether the patent is directed to a law of nature, and then asks whether it claims something more.  [9]

Applying this test, Judge Dyk first found that the ‘911 Patent is directed at Hooke’s law. The patent claims a method of tuning the liner to absorb the desired frequency of vibration — a calculation which comes down to basic physics. [10] In the second stage of the test, Dyk found that the patent fails to go beyond a mere application of Hooke’s Law. What American Axle claims to be inventive improvements “amount to a conventional, unbounded trial-and-error process.”[21]

Judge Moore wrote an animated dissent in which she accused Judge Dyk of making statements that were “false” [6] and “just plain wrong.” [9] Applying the Mayo/Alice test should have led the court to conclude that the claims contain inventive elements that go beyond mere calculations of Hooke’s Law. For example, claims listed specific materials and shapes for shaft liners, as shown in the figures below. The invention also applies other laws of physics besides Hooke’s Law and suggests uses for liners that had previously been overlooked. [6] 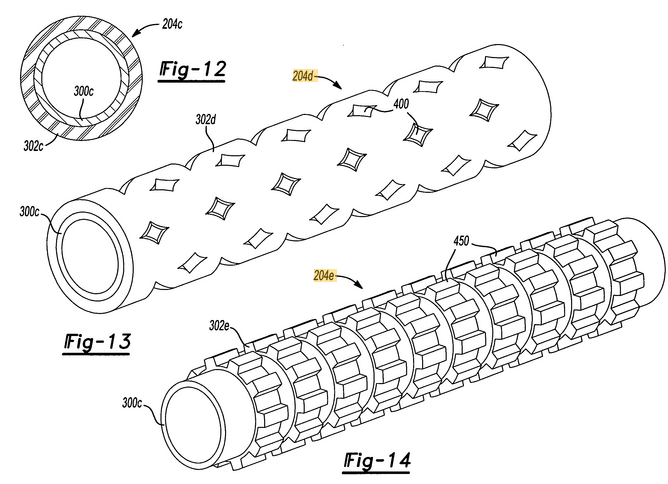 Figures 12-14 from US Patent No. 7,774,911, depicting possible physical structures for a liner of a driveshaft.

Moore writes that the majority’s issue with the patent wasn’t actually the natural law but enablement. Enablement is the requirement under §112 that the patent document be detailed enough to teach someone to make full use of the claimed invention. [12] In Dyk’s decision, he repeatedly complains that the ‘911 Patent does not instruct how to implement the invention. [11-12] By inappropriately applying §101, Dyk rendered §112 irrelevant, and with it, years of careful interpretation. Under §112, the court can consider the whole patent document including the specification, which contains detailed instructions teaching the invention. [12] But under a §101 analysis, the court can only consider the claims, which are comparatively brief. Moore argued that Dyk only felt that a practical method had not been disclosed because he incorrectly relied on §101. [12-13]

Judges and legal scholars alike have complained that §101 is being inappropriately applied to situations that should fall under §102 and §103. In this case, Moore observed that the “monstrous” §101 “had grown another head” and overtaken §112 as well. Although Congress has proposed legislative reforms to fix the problem, you can expect the CAFC to continue using §101 liberally in the meantime. American Axle could have perhaps avoided this dispute by drafting narrower claims. Their liner shapes might be inventive, but they made the fatal error of focusing on the desired result: an atuned liner.

If you have questions about this case or patent drafting more generally, please contact a professional at PCK Intellectual Property.