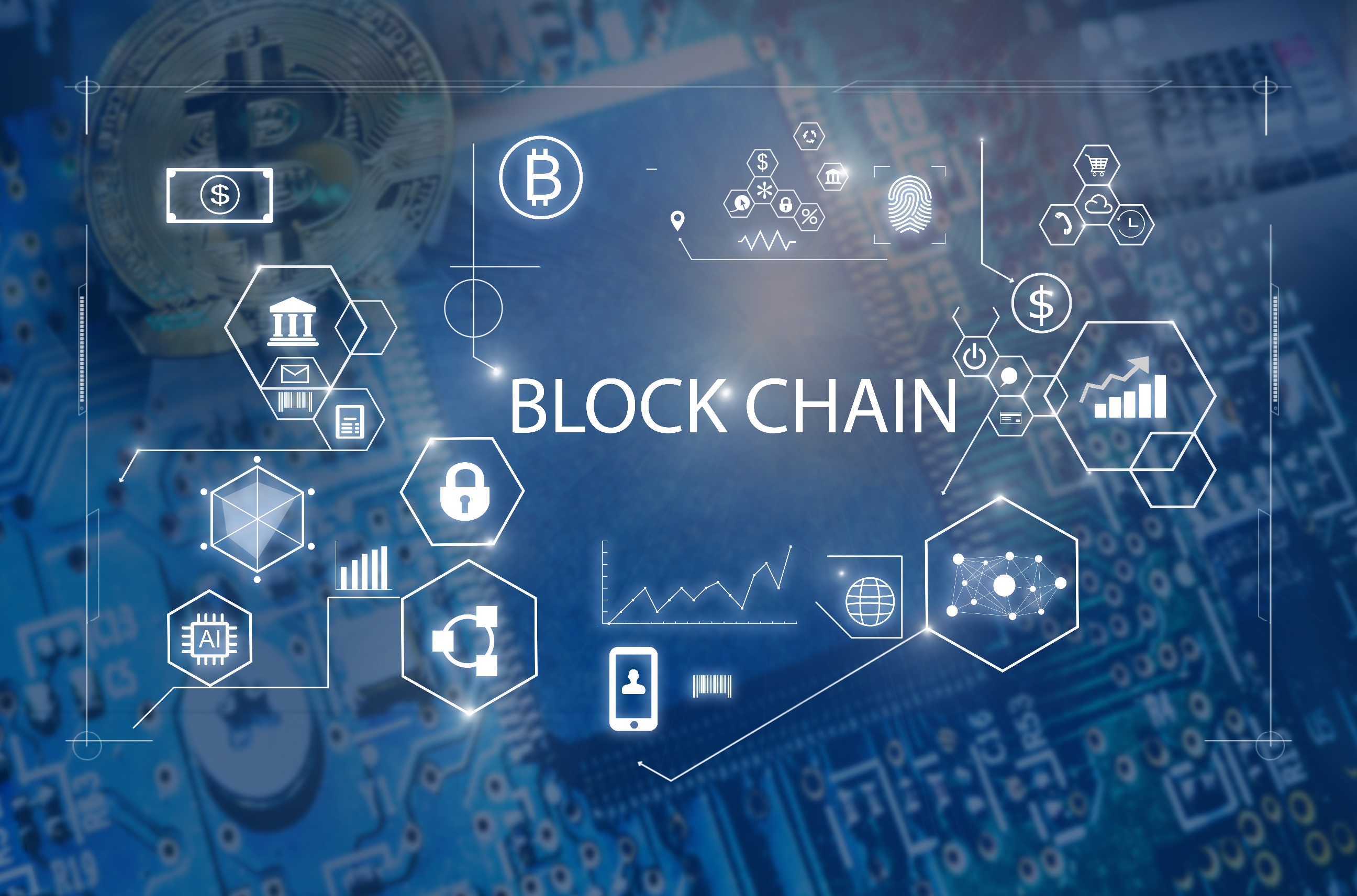 With the increased interest in blockchain technologies, questions about their patentability regularly surface as innovators seek to protect and profit from blockchain inventions. As an intellectual property law firm that represents large stock exchanges and various FinTech companies, we are often asked whether patenting blockchain technologies is possible. The answer is “Yes, but it depends”, which leads to logical follow-up questions such as: “Do patents detract from the decentralization ethos of blockchain?” and “What does it take to get a blockchain patent?”

These questions arise with sufficient frequency to prompt us to lay a foundation for readers trying to understand blockchain and how blockchain technologies may be protected with the help of knowledgeable IP professionals.

Initially created to facilitate transactions of the digital currency known as “Bitcoin”, a commonly accepted definition of blockchain is that it is a decentralized system in which digital transactions occur without relying on a single centralized party. In other words, blockchains don’t have the requisite middleman of most traditional transaction systems, and instead, information authentication is performed by peer-to-peer interactions.

The first is a business question, anchored in the dichotomy between the fact that the perceived value of blockchain lies in decentralizing the need for governments or institutions to facilitate financial transactions, while the value of patents lies in centralizing the administration of patent monopolies with local governments. The first question can be phrased thusly: “If blockchains are decentralized, why would a centralized patent system help me?”

The Myth of Blockchain Decentralization

It is commonly accepted that decentralized governance is the raison d’être of blockchain. In the idealized world of borderless and cash-like electronic financial transactions, it is quite alluring to consider blockchain and bitcoin as a means of bypassing cumbersome national borders and regulations. The attraction of decentralization becomes more evident in the use of the blockchain, including transaction submission and validation. In contrast, the patent system is heavily centralized and is the primary means of nationally protecting technological innovation, with a view towards time-limited monopolization and the associated monetization. Thus, there is seemingly a contradiction between using the centralized patent system to protect the decentralized aspects of blockchain.

However, on closer examination, the notion of blockchain as a completely decentralized consensus mechanism becomes an oxymoron, as decision-making power and practices become centralized due to costs and the manner in which they evolve. Human capital such as expertise, reputation, time, and money are all required to gain decision-making power, ultimately drawing blockchain towards at least some centralization. Indeed, blockchain technologies are, at heart, simply a means to regulate human interaction and as such some sort of central authority or regulation is necessary. Reality already contradicts the decentralization myth, as the US Securities and Exchange Commission (SEC) is clearly wading into the area of cryptocurrency regulation.* One would expect that this kind of regulation will only increase.

As centralized regulation of blockchain increases, there is commensurate weakening of the argument against using a centralized patent system to protect blockchain innovation. More broadly than SEC regulation, it is important to consider that the design-related elements of a blockchain, such as the digital process and protocols that underlie it, are generally created by some form of a centralized party such as a standards organization (e.g. International Standards Organization (ISO)). In sum, the myth of decentralization of blockchain as a reason to eschew blockchain patents simply does not hold water. Blockchain innovators who choose not to pursue patents expose themselves to the same risks as any technology innovator.

Having debunked the decentralization myth, the next logical question relates to the patent-eligibility of blockchain innovations. All patent applications are examined for whether they are new, inventive, useful and constitute “statutory subject-matter”, the latter being a fancy way of asking this question: “Putting all other questions aside, is this the kind of thing we even want to be patentable?” The conventional wisdom is that “machines” should be statutory subject-matter but “abstract theorems” should not be statutory subject-matter. The rationale on the former is that machines represent actual usable technology that can improve people’s lives, whereas the latter represents the domain of general human thought and should not be subject to monopolization and control. Thus, when it comes to blockchain, statutory subject-matter issues are no different than issues facing software or machine learning technology patents.

In the United States, any blockchain innovation is prone to subject-matter scrutiny under the Mayo/Alice test, which primarily asks whether the claims in the filings are directed to patent-ineligible matter such as an abstract idea. The second function of the Mayo/Alice test is to “examine the elements of the claim to determine whether it contains an ‘inventive concept’ sufficient to ‘transform’ the claimed abstract idea into a patent-eligible application.” Generally, algorithms or computer coding on its own are often considered non-patentable abstract ideas, but one way to overcome this hurdle is to focus on the hardware components and the processes that enable the technology to function. This can be more challenging for blockchain innovations, however, ideally the patent application specification ought to be drafted with a focus on how the technology is tied to physical elements, such as underlying hardware.

Similarly, pursuant to Canada’s Patent Act, only certain statutory subject-matter falls into the legal definition of “invention”. An invention can be “any new and useful art, process, machine, manufacture or composition of matter” but cannot be a mathematical formula or scientific concept. Although computer software is analogous to a mathematical formula, software may be found patentable when it solves a “computer problem” — i.e. a problem with the operation of a computer as opposed to a problem whose solution may be implemented using a computer. (Read this article for more on patenting computer-implemented inventions.) In sum, where a computer is found to be an essential element of a construed claim, the claimed subject-matter will generally be statutory, i.e. potentially patentable, however the claims in the patent application still need to be new and inventive. A good indicator that a claim is directed to statutory subject-matter is that it provides a technical solution to a technical problem. This is where it is critical that any blockchain patent specification has a well-written story highlighting strengths of the invention and describing the claimed features as being physical elements directed towards a system, a method or a computer-readable medium, rather than an abstract formula or process of the mind.

Note that, on their face, the US and Canadian tests sound quite different. Indeed, there are nuances between them, and the strictness with which those tests are applied varies. The tests for other jurisdictions are similar in their differences. To provide value to the client, a skilled patent attorney must synthesize the legal tests for all jurisdictions and write one single patent application that satisfies the requirements for all jurisdictions. In simplistic terms, the skill of your patent attorney is to help you ascertain and express your innovation in terms that emphasize the “machine-like” aspects of your blockchain innovation rather than the “abstract-theorem” aspects of your blockchain innovation. Patent attorneys who are highly skilled in this aspect of client counselling, especially across multiple jurisdictions, are rare and you should interview prospective patent counsel very carefully. Before any patent application is drafted, you should ensure you understand and are comfortable with how your patent attorney intends to proceed with drafting your blockchain patent.

It is reasonable to expect that blockchain inventions will only continue to become more important to a wide range of technologies. Patent eligibility issues related to blockchain tech will take time to evolve and for patent laws and policies to create the appropriate balance to support inventors in this area. Greater predictability and reliability of patenting blockchain inventions will ultimately encourage further innovation in and around this critical area. Understanding the components of blockchains that are patentable can help in the creation of new or improved blockchain technologies that are patent-eligible, which in turn will enable innovators to thrive and find new applications. With the right approach, a knowledgeable patent professional navigates the decentralization aspects and abstract idea rabbit-holes and secures patent meaningful protection for innovative blockchain technology.