Can AI Be an Inventor? We’re Asking the Wrong Question

Can AI Be an Inventor? We’re Asking the Wrong Question 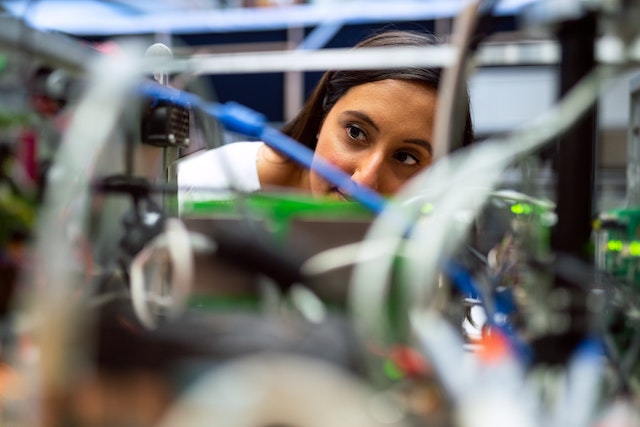 Following up on my earlier blog, yesterday I heard a marvelous talk about this topic at the Intellectual Property Institute of Canada’s (IPIC) Annual Meeting in Whistler BC.  (#IPIC2022Whistler.)[1]  The talk was held in a debate format. The “Yes” team argued in favour and the “No” team argued against recognizing AI as inventor. The “No” team had resounding success in persuading the audience, but the “Yes” team really got me thinking, and I thank them for it.

In my view, the real debate should be grounded in the roots of bargain theory and the patent system itself; namely: navigating the general rule against monopolies to provide an incentive for the creation of new and useful arts so that, sooner or later, those creations will fall into the public domain.  The question should avoid the metaphysical wonder that goes along with asking “Can an AI think?” In the context of the IP system, this question is irrelevant because it is resolvable with tweaks to the IP system itself; whether an AI can think is a question for philosophers and human rights lawyers.

If we reframe the question of “Should AI be named an inventor?” in the context of incentivizing innovation, we get a much more elegant question.  Let me try it.

How should the IP system react to a machine that is capable, with absolutely no human intervention whatsoever, of trolling the Internet, formulating a problem statement, and independently devising an otherwise patentable solution to that problem? [2]

I am not sure such a computer actually exists, but if it does, how should the IP system react? Would people be disincentivized to build such a machine, simply because what it creates is not patentable? And how should the IP system react to the creations of such a machine? This question can be asked entirely independently from who is named “inventor” of the  machine’s creations; we can simply choose to either deem the creator of the machine, or machine itself as inventor.  The question is whether we should recognize the creations of the machine as being worthy of IP protection at all.

If we deny IP protection over the machine’s creations, are we depriving the public of the benefits of those creations, because no one will be incentivized to operate or disclose what such a machine creates? Or will allowing someone to own the creations of the machine create its own mischief, as people who own and operate such machines will simply sit back and have an endless stream of monopolies be generated by those machines.   Or alternatively, if such machines eventually become commonplace and are themselves in the public domain, will they actually fulfill the original goal of the patent system as we start seeing a flood of cures for cancer? Maybe all that happens is that the obviousness standard will become much higher since creations, and “prior art” that were originally generated by a human mind, are now routinely generated by computers.

My own leaning still lies away from spending too much time fretting over this.  It will be wonderful to have a machine that can create innovations on its own.  But it will be just as wonderful and as commonplace as having airplanes, computers, advanced biotechnology and all the other marvels of human technology and that is all.  All that is happening is that as a society, we are readjusting to a new piece of seemingly magical technology.

And regardless of how my question should be answered, I still find it a much more helpful way of tackling the issue.

Thanks again to IPIC for helping me think this through.

Correction: The original version of this article incorrectly stated that Stephen Thaler is patenting DABUS.

[1] I am here in my capacity as a member of the Board of Directors for CPATA.

[2] You can fiddle the same question into a form that also tackles copyright.