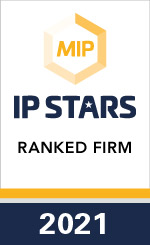 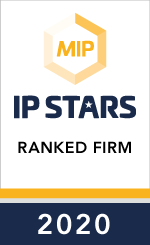 Who’s Who Legal recognized 63 practitioners including Andrew Currier, for their considerable expertise as patent litigators and skill in portfolio management and licensing matters in 2018.

“Andrew Currier at PCK Perry + Currier receives widespread plaudits from both peers and clients who consider him “extremely knowledgeable across multiple jurisdictions” and praise him as “highly strategic and effective” in his approach to patent work.”

Stephen Perry has been ranked No. 1 in the category, Most Highly Regarded Patent Agents by Who’s Who Legal, Canada, 2018.

Who’s Who Legal highlighted 45 impressive patent agents who are recognized for their outstanding work in patent drafting prosecution, portfolio management and disputes.

“Stephen Perry at PCK Perry + Currier Inc tops our rankings this year and is lauded by peers in Canada as a “remarkable” patent specialist. He commands over 30 years of expertise in the field, and focuses primarily on managing IP portfolios for technology firms.”

Stephen Perry and Andrew Currier are recognized by Who’s Who Legal: Patents 2019

Andrew Currier is recognized by Who’s Who Legal Canada - Patents

A nimble IP boutique with a different way of doing business, Perry + Currier Inc gives clients exactly what they want – sharp, streamlined support on budget and on time. Its lawyers are constantly looking for better and more effective ways of doing things. Otto, the firm’s artificial intelligence robot, is one example of that. It takes care of bread-and-butter tasks such as delivering courtesy reminders for maintenance fees and requests for examination, so that costs are affordable and the human staff can focus their attention on dicey technical and legal issues. Co-author of Canadian Patent Law, the first text on the subject by a patent prosecutor in over three decades, Stephen Perry has the academic acuity to wrestle with the most complex theoretical problems. Fellow name partner Andrew Currier is a dazzling orator who keeps his cool in intense competitor-on-competitor battles. He can lay any type of infringement dispute to rest.

“Stephen Perry of PCK is one of Canada’s leading authorities on international patent and design issues. He receives praise for his “vast knowledge of Canadian IP law” and his efficiency and ability to quickly analyse the situation and determine the best plan of action for the client.” 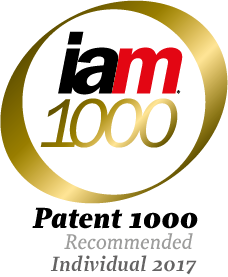 Proficient prosecution shop Perry + Currier continues to make its mark on the Canadian IP landscape; its expert practitioners dispense sage advice, while cutting-edge automated systems ensure a smooth and efficient service. Attracting instructions from blue-chips such as BlackBerry, the firm is also trusted counsel for start-ups in the Toronto-Waterloo innovation corridor. The “superb” Stephen Perry knows how best to secure watertight telecommunications and electronics patents for domestic and foreign inventors; his counsel is informed by finely honed strategic instincts and nuanced technical know-how. Partner Andrew Currier has a broader practice which encompasses portfolio management, licensing agreements and litigation support. A former electrical engineer with General Motors and general counsel for a flat-panel display manufacturer, Currier has walked a mile in clients’ shoes and affords crucial insights into the business significance of intellectual property.

Stephen Perry is recognized by Who’s Who Legal 2017 as an Expert in Patents. 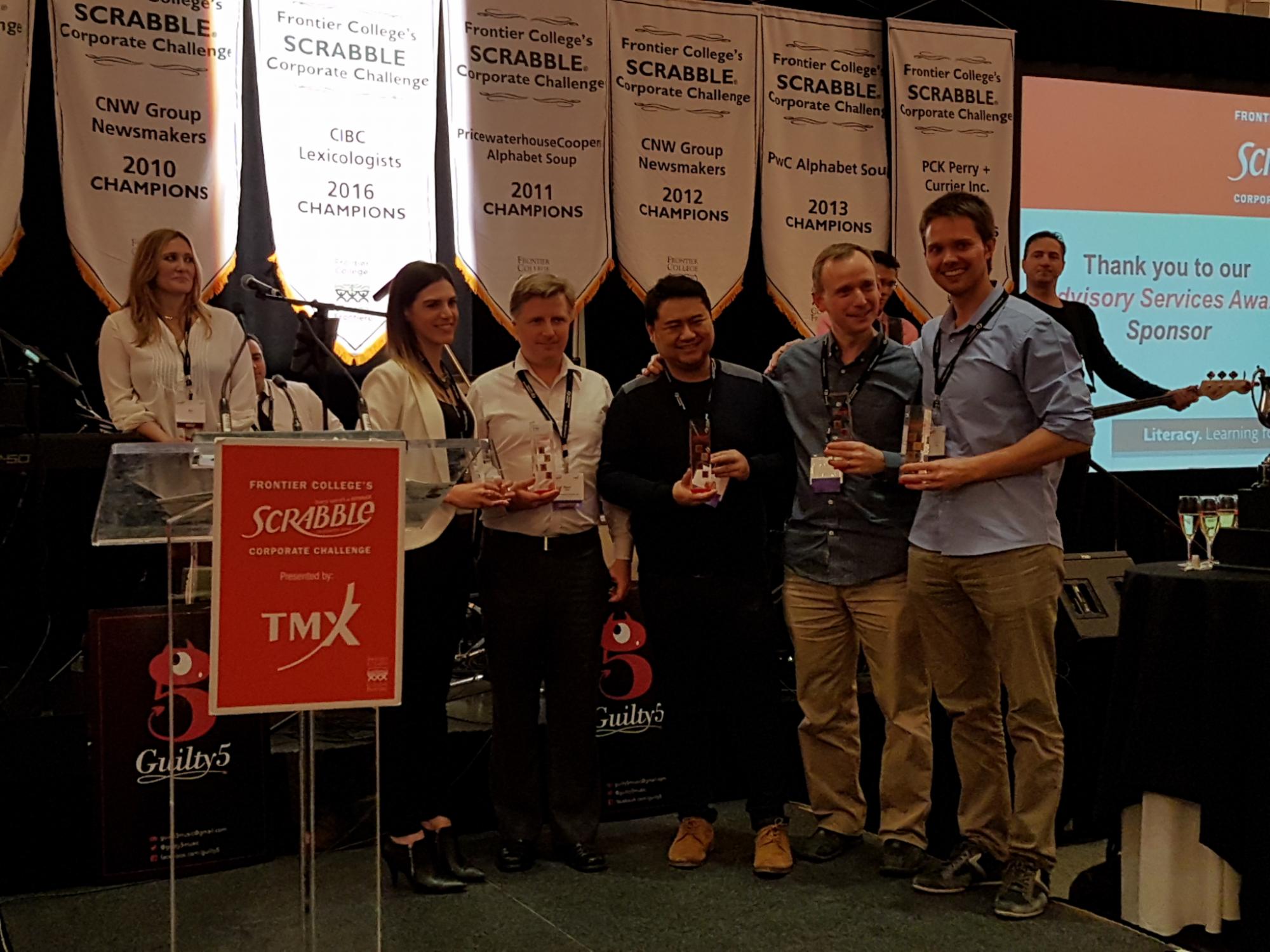 At the 13th annual TMX Scrabble Corporate Challenge, PCK took home the Advisory Services Conference win with a total of 718 points. Teammate, James Cherry, was the highest-scorer at the event with an individual score of 249 points.

Andrew Currier, CEO, is a recognized leader in intellectual property, combining the industry, law and academic experience that he garnered before co-founding Perry + Currier Inc (PCK). Mr Currier’s industry experience includes being general counsel for a publicly traded flat-panel display company, IP counsel for a Silicon Valley start-up and an engineer in the automotive industry. In law, Mr Currier practiced for several years with three of Canada’s national firms. In academia, Mr Currier held a teaching appointment as adjunct professor at Western University in London, Ontario, teaching patent law from 2000 to 2007. Cited by the Supreme Court of Canada, he is also co-author (with Stephen Perry) of Canadian Patent Law (second edition, Butterworths, 2014), the first text on Canadian patent law written by practitioners in over 30 years. 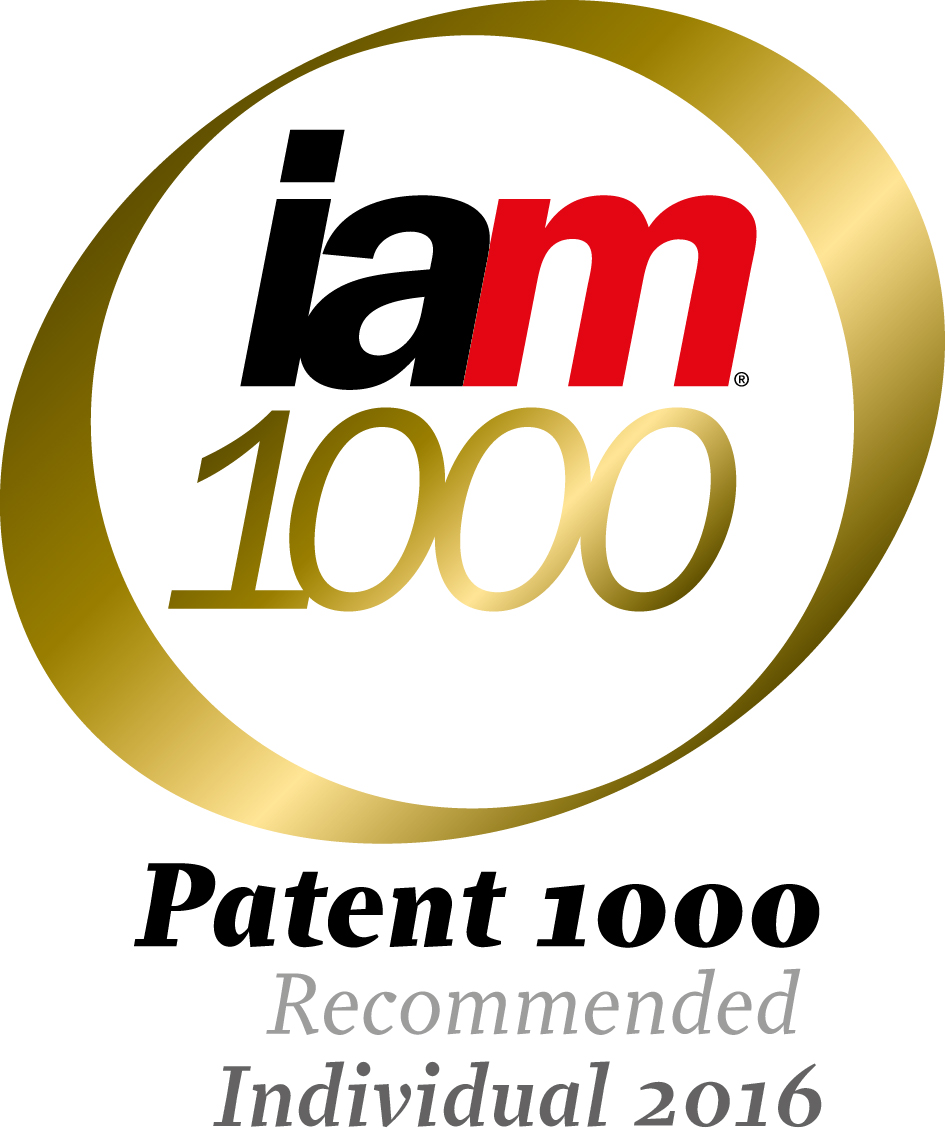 Stephen Perry, President, is viewed as one of Canada’s leading patent agents. He is co-author (with Andrew Currier) of Canadian Patent Law (Butterworths, 2012, second edition, 2014), the first text on the subject by patent prosecutors in over 30 years. Mr Perry started in the field of intellectual property in 1983 and qualified as a patent agent in 1985. His practice is focused on the development and management of international IP portfolios for Canadian technology companies of every size, covering a broad range of innovations in the fields of telecommunications, electronics, software, display technology, medical imaging and medical devices.

Compact prosecution shop PCK continues to impress rivals and is enjoying growing recognition on the market, both in Canada and internationally. Its sophisticated IT systems allow for seamless, on-demand rights management. The shift to a paperless practice was spearheaded by co-founder Andrew Currier. He and Stephen Perry are renowned as leading authorities on Canadian patent law, having published the first comprehensive text on the area. Perry spends his time managing the patent portfolios of Canadian technology companies and serves on the Council of the Intellectual Property Institute of Canada. 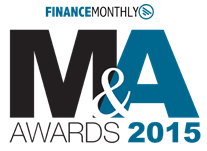 Precision drafting is the calling card of Perry & Currier. In the wake of the US Supreme Court Alice decision, North American software and business method patent applications must be crafted with particular care – an art that this ensemble has perfected. As a result, financial and IT companies regard it as a prime address. Andrew Currier has a flair for helping developers to identify and capture innovations in the TMT space; while fellow founder Stephen Perry shines at international portfolio development. To complete the package, the team also offers litigation and corporate financing support: “It’s a high-quality group which has the right attitude to growing its practice, and it is truly gaining traction in the market.” 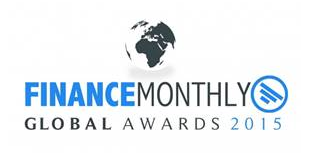 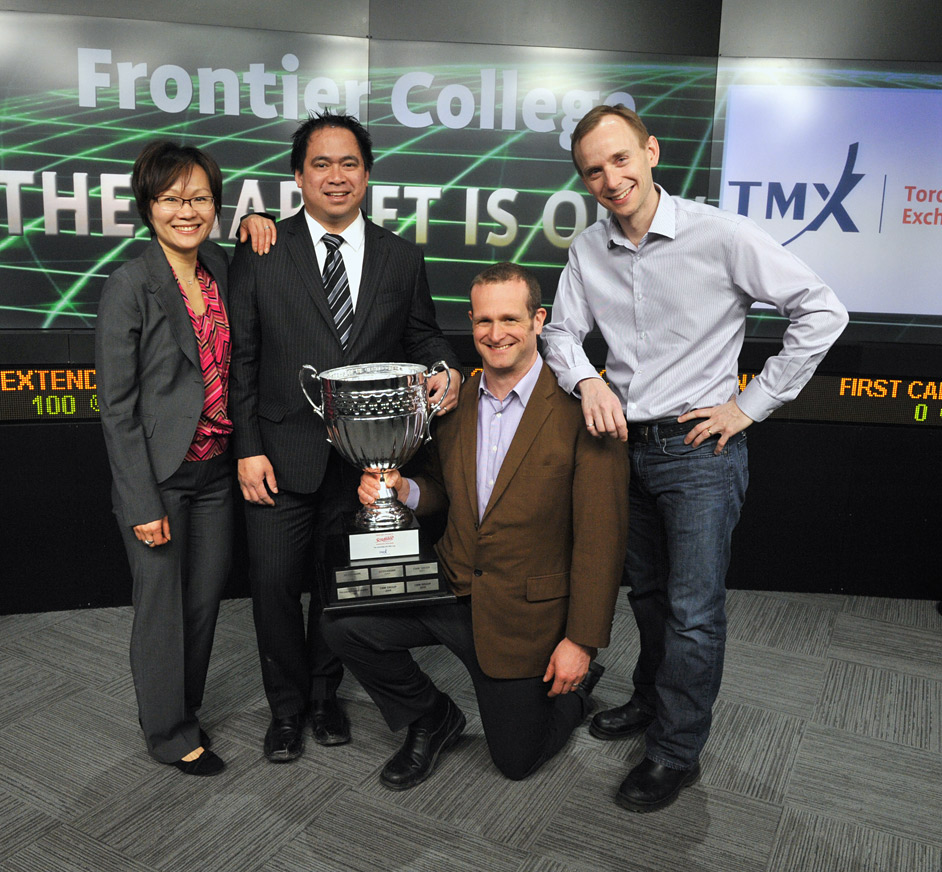 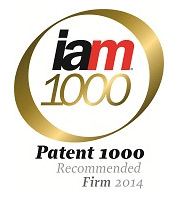 The volume of positive feedback that compact boutique Perry + Currier Inc attracts is out of all proportion to its physical size. One peer enthuses: “The one firm that stands out in my mind, more and more by the day, is Perry + Currier Inc. I think its name will be heard more and more in the next few years. I have infinite respect for the team there – not just the work they are doing, but also the way they run their practice. It is very 21st century and a great model for others.” In 2013 the firm dared to think bigger than ever, taking on several new professionals. Clients appreciate its business-centric approach: “It recognises that companies are under pressure and need predictable budgets.” Andrew Currier “is a bright, energetic lawyer. He has won many clients from rivals because of the quality of his work.” “At the forefront of Canadian patent law”, Stephen Perry “has peers defer to his prosecution abilities. He is a real leader and an excellent mentor to younger attorneys. He is unsurpassed; he is also excruciatingly organised”. 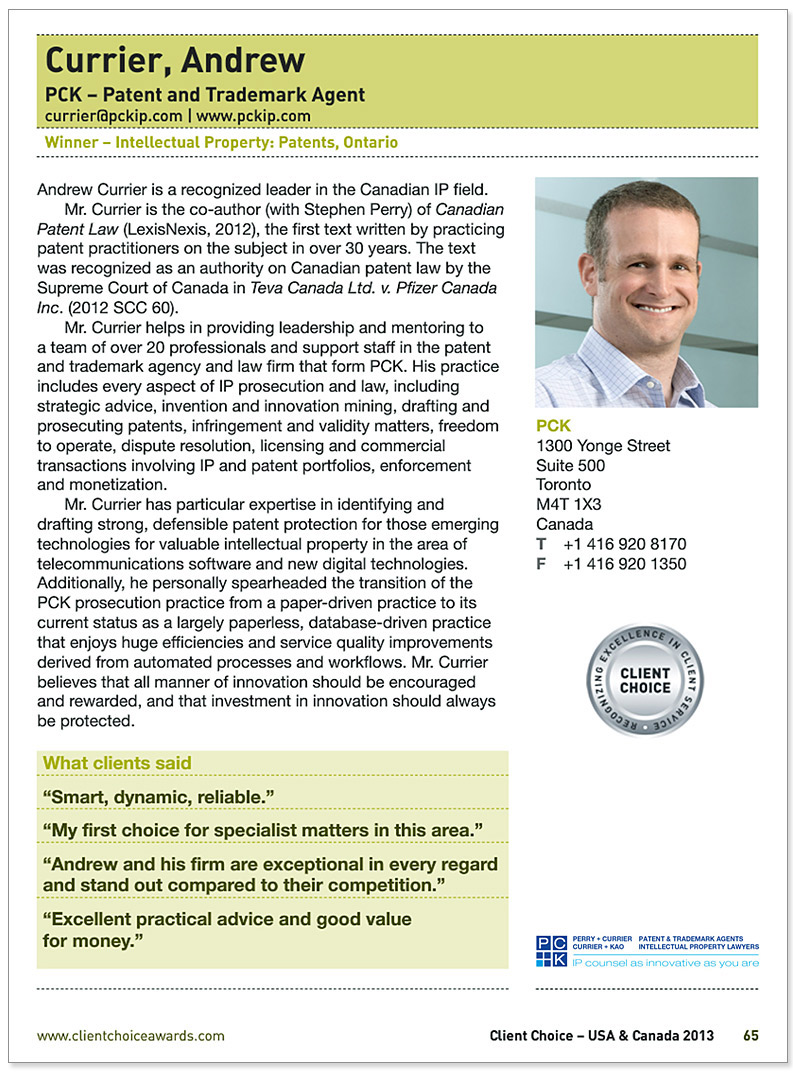 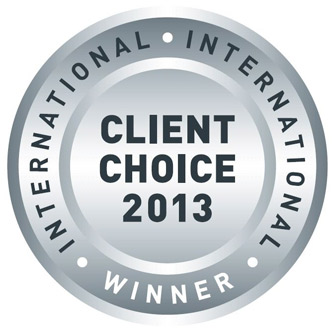 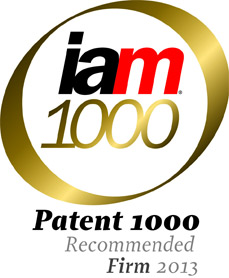 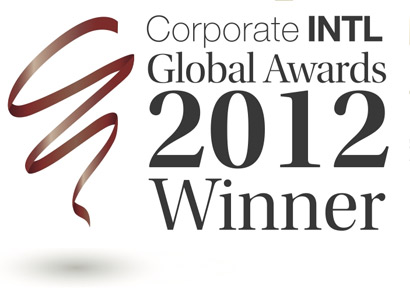 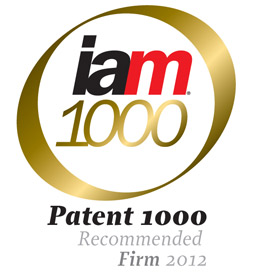 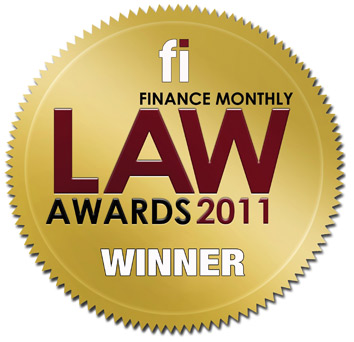