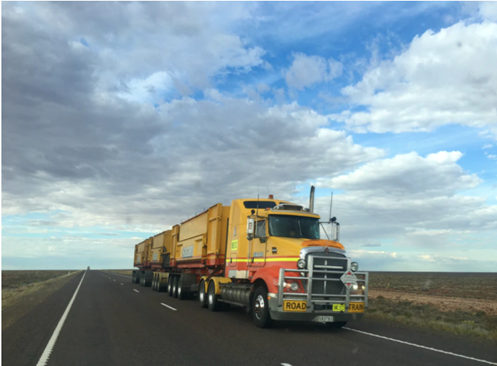 In a recent motion, the Federal Court (“FC”) clarified that the FC does not have jurisdiction to designate Standard-Essential Patents (“SEP”). As outlined in section 52.2 of the Patent Act, only the federal government has jurisdiction to do so.

The Plaintiff, Wheel Monitor Inc., held that the Defendant infringed on Canadian Patent No. 2,756,470 (the “’470 Patent”) which described a system for controlling the lift axles on a truck by detection of speed, direction, and load weight. [pg. 2] The Defendant however contended that the ’470 Patent constituted a SEP in accordance with section 52.1 of the Patent Act. This would mean that even if there was an infringement of the ’470 Patent, the Plaintiff was not permitted to any injunction, relief or recovery as they would be required to license the patent. [pg. 4]

SEPs are patents that make up an essential element or feature required to create standardized technology such as wifi or smartphones. Since these patents support foundational subject matter that are relied upon to create further technology, a single party runs the risk of holding a monopoly over an entire industry. Section 52.1 of the Patent Act was enacted to avoid such one-sided outcomes and requires that the owner of a SEP and any subsequent patentee must license the patent. Section 52.2 provides that the licensing commitment is to be determined by regulations created by the federal government. However, no regime to designate SEPs has been established yet. Without a clear procedure, it was unclear whether courts would recognize SEPs as arising from common practices or conventions such as a standard setting organization.

Was the ’470 Patent a Standard-Essential Patent?

The Defendant contended that it was obliged to use the patented system because Ontario Regulation 457/10 requires certain vehicles to have the control system taught by the ‘470 Patent. The Defendant argued that the Plaintiff was therefore required to license the ’470 Patent on a “fair, reasonable and non-discriminatory royalty.” [pg. 3] The Defendant relied on section 52.1(1) of the Patent Act and section 20(2) of the Federal Courts Act, arguing that the FC had jurisdiction to render the patent-at-issue a SEP, order a licensing commitment and elect a suitable royalty. [pg. 6] The Court however, held that section 52.1(1) applied only where there had already been a designation and transfer of a SEP licensing commitment.

Section 52.2 also did not create a mechanism for the FC to determine a patent to be a SEP, as the only party authorized to create a regulation and designate a SEP was the government. [pg. 6] Here, because the ’470 Patent had not been declared a SEP, and there were no regulations under the authority of section 52.2, the Patent Act did not apply. The FC also held that section 20(2) of the Federal Courts Act had no application. Section 20(2) gives the FC jurisdiction over any remedies sought under federal law in respect of a patent, however, there was no source in federal law granting Court jurisdiction to render the patent a SEP. The FC therefore rejected the Defendant’s SEP argument and awarded costs to the Plaintiff. [pg. 7-8]

This case leaves us waiting on the federal government to enact a SEP regime. While SEPs are addressed in the Patent Act and the Competition Bureau’s IPEGs, these provisions will be irrelevant until we have a system to classify patents as SEPs. Unless this decision is successfully appealed to the Federal Court of Appeal, the FC will not step in to recognize a SEP. For more information on SEPs or to obtain IP protection for your assets, please contact a professional at PCK Intellectual Property.