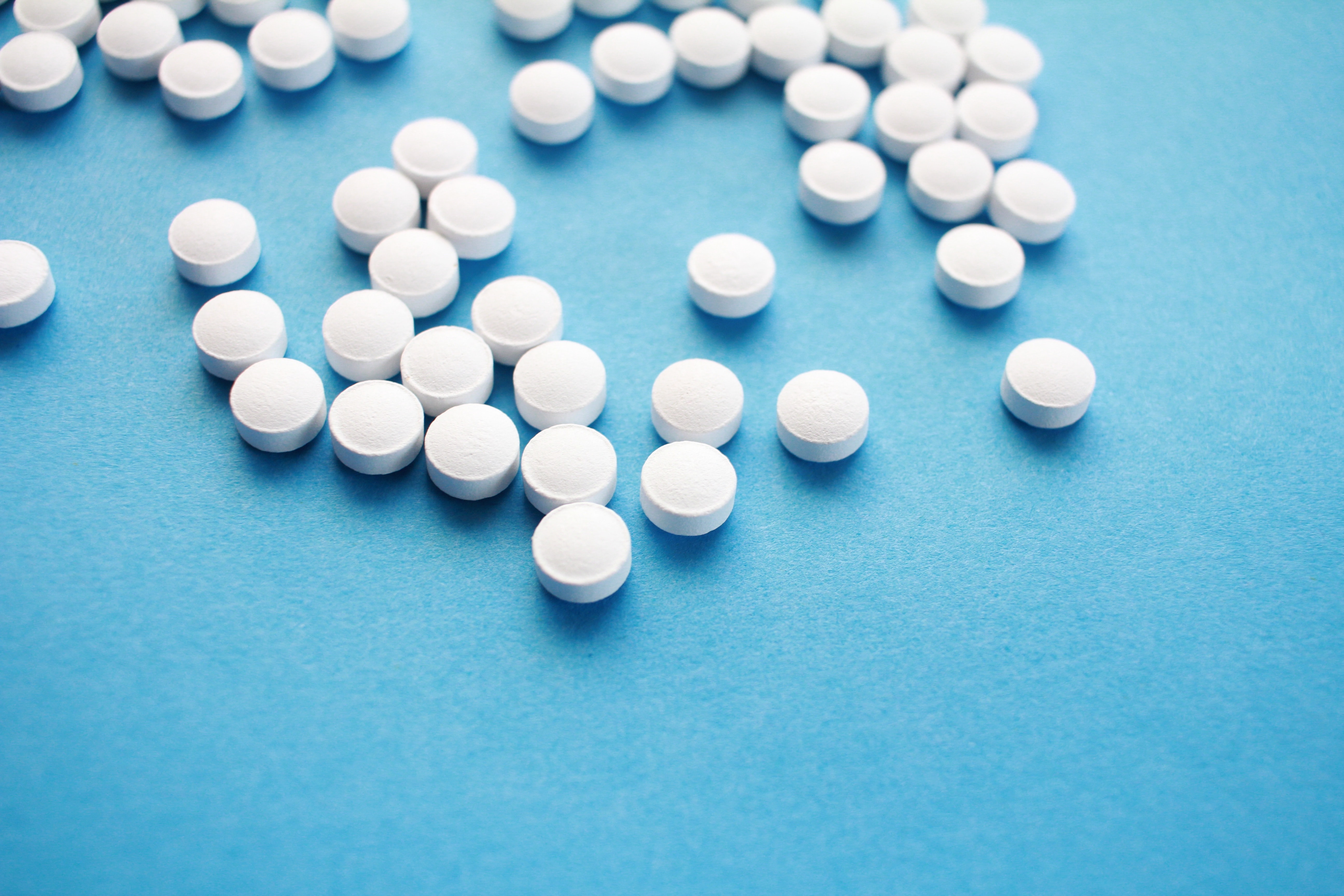 In US patent law, a defendant can establish that a patent is prima facie obvious when the prior art discloses chemical formulas having characteristics that overlap with the claims. Now, the Court of Appeal for the Federal Circuit (“CAFC”) says that this overlapping principle also applies to prior art that merely discloses similar compounds. The decision arose from a suit between Valeant Pharmaceuticals and Mylan Pharmaceuticals. Mylan filed an Abbreviated New Drug Application to market a generic version of Relistor®, Valeant’s patented anti-opioid. [4] In response, Valeant alleged that Mylan’s generic would infringe US Patent 8,552,025 (“the ‘025 Patent”). [4]

The ‘025 Patent claims a stable methylnaltrexone pharmaceutical preparation. Methylnaltrexone reduces the side effects of opioids, but it degrades in aqueous solution. [3] At issue was Claim 8, which includes all the limitations of Claim 1. 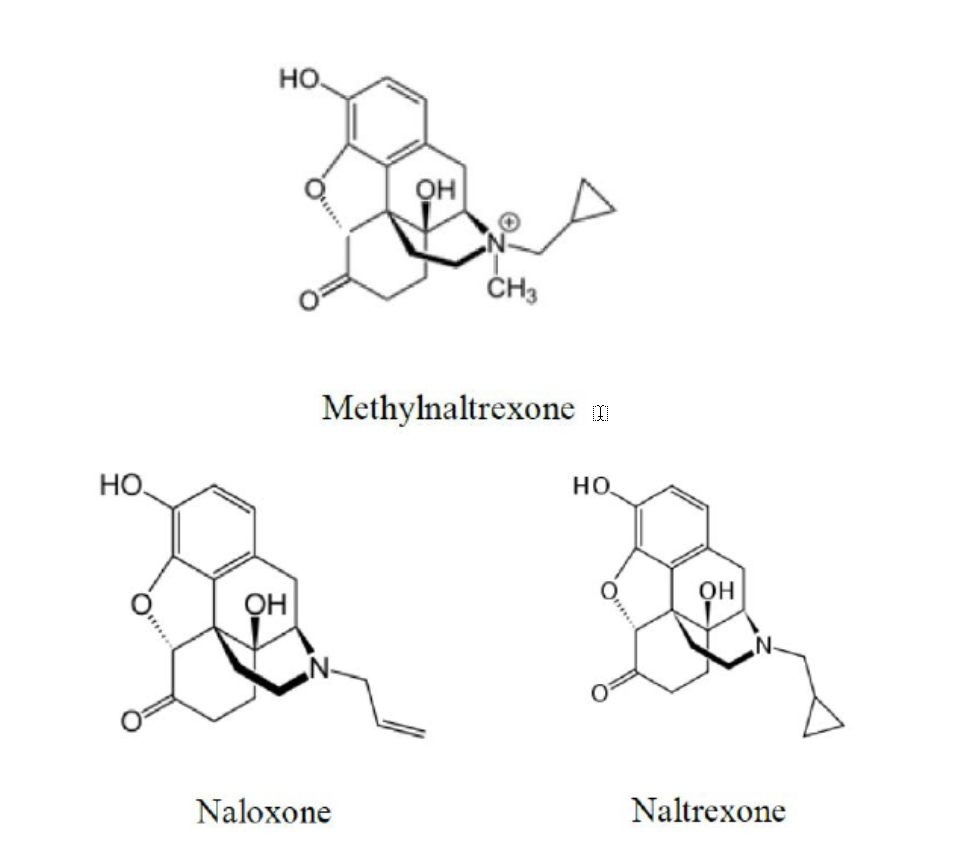 The chemical structures of methylnaltrexone, naloxone, and naltrexone (page 7 of the court’s written decision).

Claim 8: The pharmaceutical preparation of claim 1, wherein the preparation is stable to storage for 24 months at about room temperature.

At the District Court, Mylan conceded that its generic product would infringe claim 8 of the ‘025 Patent but maintained that claim 8 was invalid as obvious over solutions of similar anti-opioids. [4] Mylan cited three references teaching formulations of either naloxone or naltrexone. Each discloses formulations with pH ranges that overlap the range recited in claim 8 (pH 3 to 4). [6] Mylan also cited a pharmaceutical treatise that concludes the minimum reactivity for drugs with amide linkages “is often found between pH 3 and 4”. [8]

Nonetheless, the District Court awarded Valeant a summary judgement declaring that claim 8 was not obvious. Mylan appealed this decision to the CAFC on two bases: [10]

Mylan argued that the District Court should have found prima facie obviousness based on the overlapping pH ranges recited in the three prior art references. [10] The CAFC agreed, citing In re Peterson which found that a “prima facie case of obviousness typically exists when the ranges of a claimed composition overlap the ranges disclosed in the prior art.” [11] Selecting a narrow range from within a broader range of pH is not less obvious than selecting an overlapping range. [11]

The CAFC found that Peterson applies even when the prior art does not recite the same compound. [11] Although the references do not recite methylnaltrexone, the compounds described in the three references are significantly similar in both structure and function. It is well established in US patent law that prima facie obviousness “frequently turns on the structural similarities and differences between the compounds claimed and those in the prior art.” [12] A skilled person can expect that compounds with structural and functional similarities are likely to share other properties including optimal formulation for long-term stability. [13]

Overlapping ranges are enough to shift the burden of proof to the patent holder to demonstrate non-obviousness. Therefore, Mylan should at least survive a summary judgement. [14]

Mylan additionally argued that a summary judgement should not have been permitted because of the ongoing factual disputes. Summary judgements are granted when “there is no genuine dispute as to any material fact,” however the District Court made several factual determinations.

In particular, Mylan disputed the District Court’s obvious to try analysis. The District Court held that the ‘025 Patent could not obvious to try because there are an infinite number of options between pH 3 and 7, according to “basic math.” [14] The CAFC disagreed with “the court’s view of basic math”. Realistically, we can only measure pH to one significant figure after the decimal point, and therefore pH 3 to 7 is a limited range of values. [15] Additionally, the District Court erred in rejecting Mylan’s expert evidence and prior art references. The District Court declared Mylan’s references to be irrelevant because pH was not the “first variable” an artisan would try upon reading the reference. [16] This has never been a requirement of the obvious-to-try test. [16]

The CAFC’s judgement does not render the ‘025 Patent invalid. Rather, the CAFC decided that Mylan’s defense deserves to be heard in a full trial and not dismissed in a summary judgement.

From a patent drafter’s perspective, this case may necessitate examining a wider range of prior art than before. This seems to be the first time that a court has found a prima facie case for obviousness based on overlapping ranges of similar compounds. References for similar compounds having an overlapping range of characteristics are no longer too remote to be considered prior art. For more information on obviousness or to obtain IP protection for your assets, please contact a professional at PCK Intellectual Property.