The Rainbow Flag, Trademarks and Commitment to Diversity

The Rainbow Flag, Trademarks and Commitment to Diversity

June has been international pride month where rainbow flags are raised in unity, including at PCK Intellectual Property. The rainbow flag has been the most widely recognized symbol of LGBTQ+ rights and acceptance since 1978, when Gilbert Baker’s design first appeared in the San Francisco Gay Freedom Day Parade. While the rainbow flag may now be a feature at Pride celebrations around the world, an interesting fact is that it cannot be a trademarked symbol. When Baker created the flag he intentionally didn’t trademark the flags design, explaining he had created the flag for everyone and wanted it to remain free for public use. He hired LGBTQ+ civil rights attorney, Matt Coles, to represent him to challenge any attempt from an advocacy organization to trademark it.

At the time when Baker hired Matt Coles, he was running his own law practice in San Francisco focused on LGBTQ+ individuals, couples, and businesses. Why was it so important to Baker that he hire an LGBTQ+ attorney to protect his coveted flag? Historically, law firms have been conservative environments, leaving marginalized communities, like the LGBTQ+ community, at risk for continued discrimination, misunderstanding and often times a hostile legal landscape that did not even see LGBTQ+ as equal humans deserving the same respect and dignity as others. Having a diversity mandate conveys a loud message that the culture of the law firm is inclusive, and as a consequence of this message, attracts talented professionals and staff who have otherwise felt and been underrepresented in the law and the legal profession. It is important to find a law firm who shares the vision and values of your company and can represent and protect these beliefs. It’s also important to have a legal team who is respectful of your customers and their end-users and will help you meet and serve diverse needs.

Placing emphasis on diversity and inclusion is not only the right path, it is simply ethical business practice. Diverse and inclusive law firms have better performance rates, and can better relate to their clients, courts, juries, and other decision makers in the practice of law which translates to the success of their clients’ businesses.

Some law firms have started to put diversity and inclusion at the top of their agenda. PCK is among these forward-thinking firms who recognizes and embraces the diverse nature of our clients, colleagues and vendors. Our diversity policy outlines our commitment to continuously look for ways to strengthen our firm’s values of trust, security, innovation and creativity to better serve our market of varied international clients. We actively seek opportunities to engage across humanity’s spectrum of gender identity, sexual orientation, color, race, age, ability, ethnicity, and religion.  We are also committed to providing quality service by maintaining a work environment that supports and respects individuality and which reflects the distinctiveness of our clients and their customers. Indeed, PCK was recently awarded for our efforts when our CEO Andrew Currier was selected for inclusion by Canadian Legal Lexpert Directory. 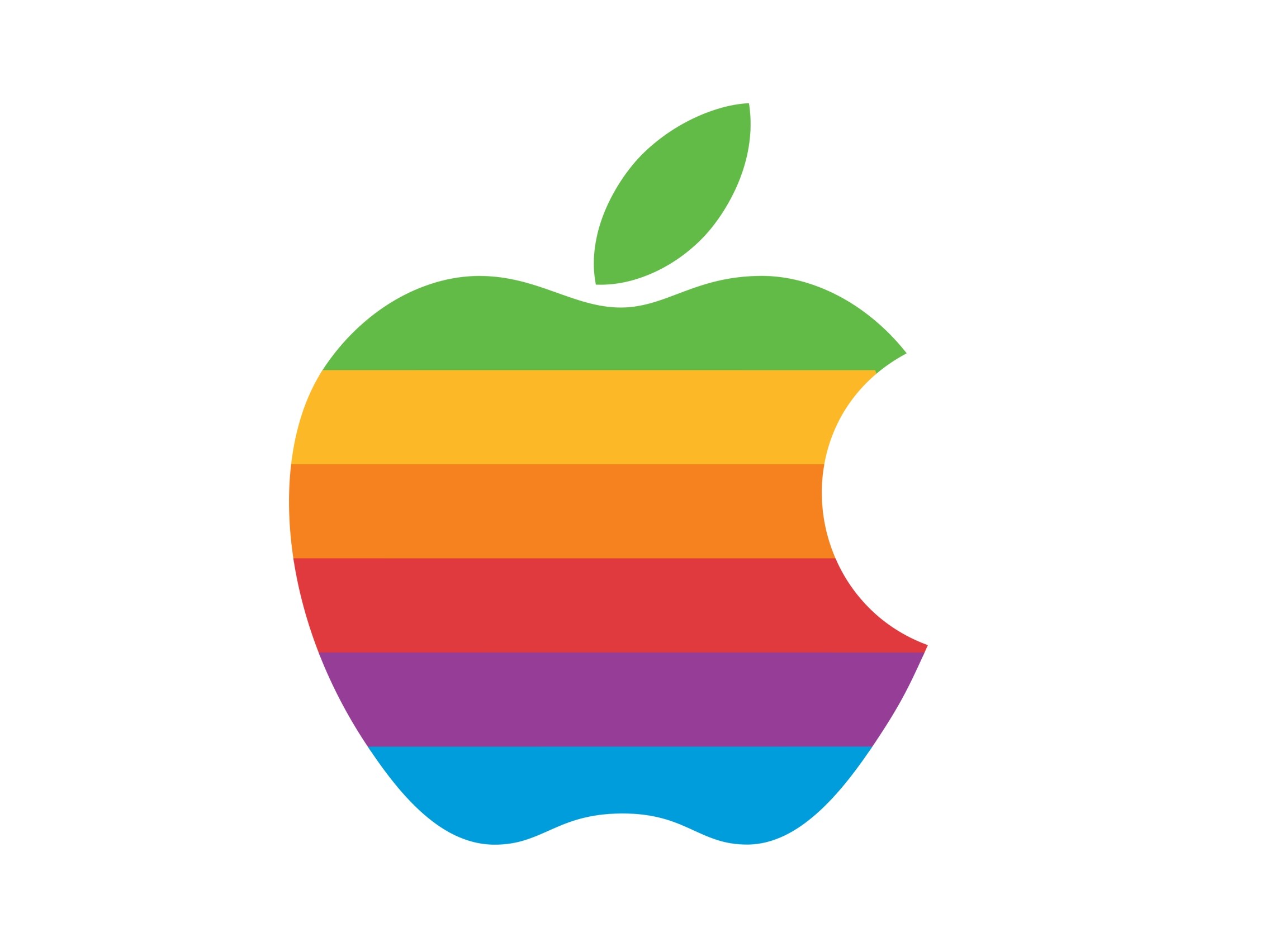 While you will likely be looking for a diverse firm to patent, trademark and protect your innovation and brand, Baker required a diverse lawyer to keep his open for public use. As a result, throughout recent history various adaptations of the rainbow flag have appeared in companies’ trademarks, often to show their solidarity with the LGBTQ+ community. In 2018, Apple renewed the trademark for its iconic multicolored apple logo, commonly referred to as its rainbow logo. According to the U.S. Patent and Trademark Office application from Apple, the retro logo features “an apple with a bite removed, with a detached leaf in green, and the apple divided into horizontal colored segments of the following colors (from top to bottom): green, yellow, orange, red, violet and blue.” The rainbow logo was originally introduced in 1977 and replaced in 1998, before it’s recent resurrection. According to the filing, the rainbow mark can be applied to pieces of clothing, specifically hats. While the rainbow colors fit naturally in Apple branding around LGBTQ+ community advocacy initiatives worldwide – for which openly-gay CEO Tim Cook has been a vocal supporter – Apple frequently renews trademarks it has no immediate plans of using simply to protect the design, so unfortunately it isn’t likely they will begin selling rainbow-branded headgear anytime soon.In 2017, IBM released a rainbow version of their logo to demonstrate the company’s devotion to diversity, acceptance and inclusion. At the time of the new logos release, IBM’s Chief Diversity Officer Lindsay-Rae McIntyre was quoted, “For nearly its entire history, IBM has been a progressive leader in diversity, advocacy and innovation. We proudly pay tribute to Baker’s original vision in the adaptation of our corporate logo as a way to demonstrate our solidarity, support and continued commitment to the rights of the LGBT community.” According to IBM’s copyright and trademark information, the IBM logo, regardless of colour, is a “registered trademark of the International Business Machines Corporation in the United States, other countries, or both. If these and other IBM trademarked terms are marked on their first occurrence in this information with a trademark symbol ((R) or (TM)), these symbols indicate U.S. registered or common law trademarks owned by IBM.” 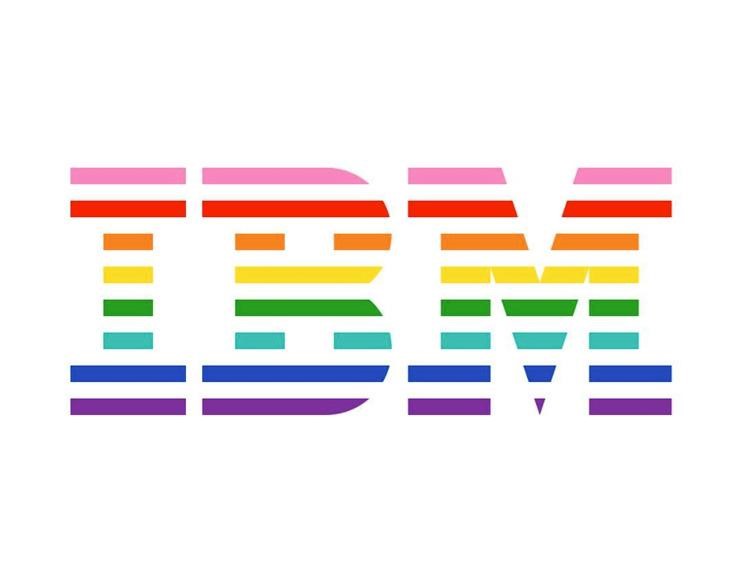 Even the LGBTQ+ community has made adaptations to Baker’s original flag design. In addition to its earlier evolution from eight colours to two, the flag has also seen more recent revisions – this time adding additional colours. In 2018, Graphic designer Daniel Quasar has added a five-coloured chevron to his recreation of the rainbow flag to place a greater emphasis on “inclusion and progression”. Quasar’s new flag includes black and brown stripes to represent marginalized LGBTQ+ communities of colour, along with the colours pink, light blue and white, which are used on the Transgender Pride Flag. Quasar’s design itself is an adaptation on the 2017 redesign by the city of Philadelphia who originally added black and brown stripes to the iconic six-stripe flag to represent LGBTQ+ communities of colour. 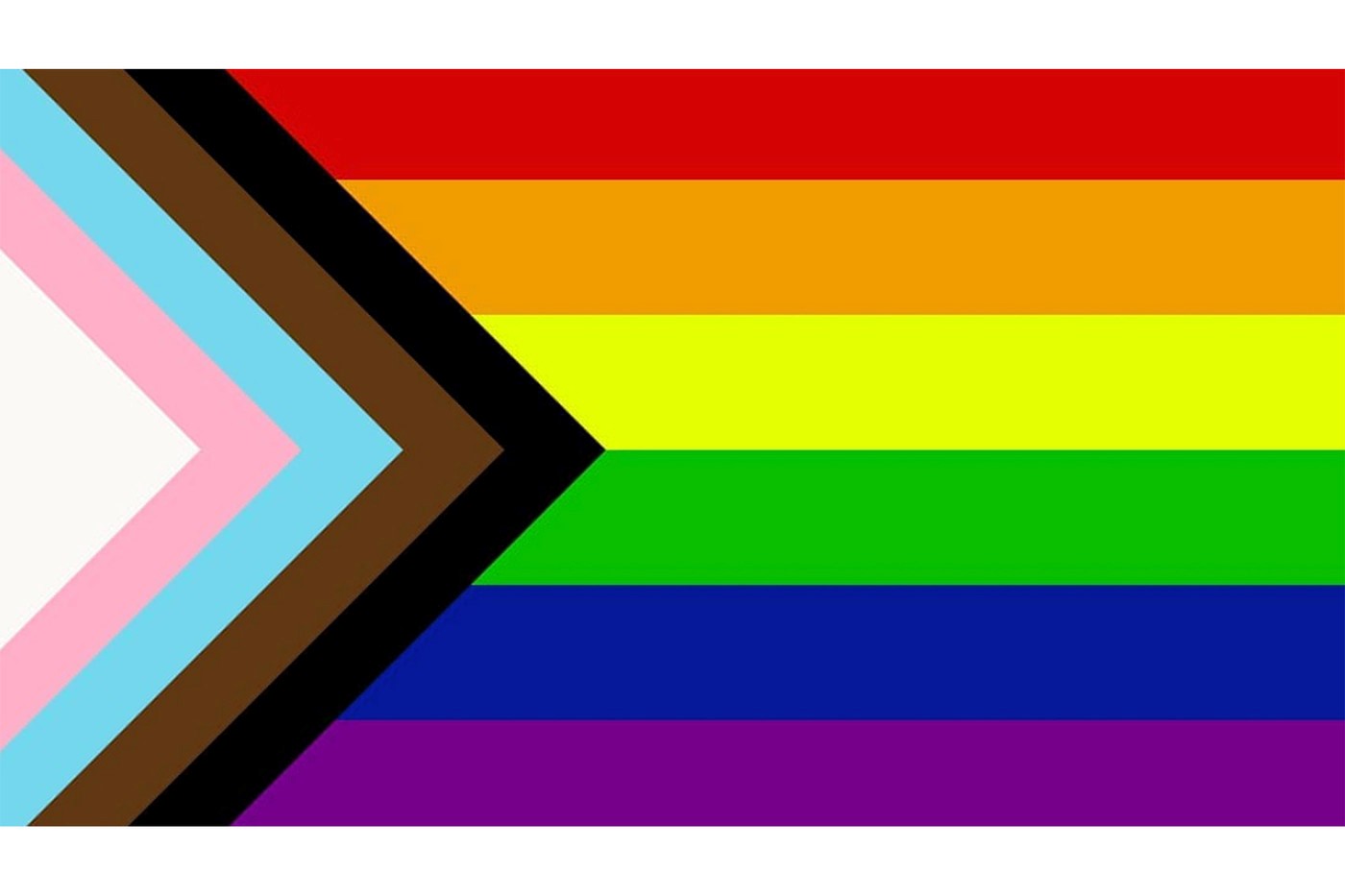 Just, like snowflakes, no two rainbows are entirely alike – leaving LGBTQ+ ally organizations open to using their own interpretation of the rainbow flag in their trademarks. And like rainbows, no two law firms are the same, with only some truly placing emphasis on diversity and inclusion. When it comes to companies protecting the pot of gold at the end the rainbow, your innovation and branding, work with a firm with a diversity mandate that aligns with your customer’s values and inclusive company culture!

PCK is one of North America’s leading full service intellectual property firms with offices in both the United States and Canada. The firm represents large multinational companies, scaling mid-size companies, and funded innovative start-up entities. PCK IP professionals include seasoned patent and trademark agents, engineers, scientists and IP lawyers having experience across a broad range of industries and technologies. Contact Us Today.