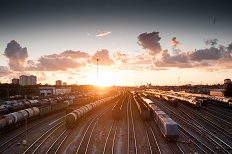 Canada’s Federal Court (“FC”) confirms it has jurisdiction to order a stay of a proceeding before the Commissioner of Patents (“Commissioner”). However, this type of relief is unusual and requires the FC to apply a demanding test in order to determine whether it should intervene in a federal board or commission’s proceeding. In this decision, the FC dismissed BNSF Railway Co. (“BNSF”)’s motion seeking an order to stay the prosecution and issuance by the Commissioner of two of CN Railway Co. (“CN”)’s patent applications.

CN and BNSF are competitors in the rail freight transportation market. CN commenced an action against BNSF, alleging infringement of its Canadian Patent Nos. 2,922,551, 2,880,372 and 2,958,024 (the “Asserted Patents”) which relate “to a system allowing the fulfillment of a rail-shipment service transaction online”. [2-3] In defence and in its counterclaim, BNSF alleged that CN “engaged in improper divisional filing practice” and that the Asserted Patents are invalid because they lack novelty and are obvious. [4] CN eventually discontinued its action without prejudice, but BNSF continued with its counterclaim. [7]

BNSF wrote a letter to the Commissioner, requesting a stay or adjournment of the issuance of two of CN’s divisional Applications Nos. 3,004,843 and 3,004,874 (the “Divisional Applications”), which are linked to the Asserted Patents through another divisional patent, Canadian Patent No. 2,969,278. The Commissioner did not grant the stay, but rather treated BNSF’s letter as a protest under s. 10 of the Patent Rules. [5, 8]

BNSF does not meet the demanding test

The FC first addressed whether it had jurisdiction to stay the prosecution and/or the issuance of a patent before the Commissioner. The FC notes that s. 50 of the Federal Courts Act grants the jurisdiction to “stay a proceeding ‘in any cause or matter’ on the ground that the claim is proceeding in another court or jurisdiction or where it is in the interests of justice”. [17] Justice Gagné of the FC indicated that in her opinion, relying on s. 50 to stay proceedings is wrong and unnecessary as s. 18(1)(a) of the Federal Courts Act specifically grants that kind of power to the FC and Federal Court of Appeal (“FCA”). The FC nonetheless recognized that it is bound by decisions of the FCA on this issue, and relying on Canadian National Railway v BNSF, 2016 FCA 284, the FC determined that s. 50 of the does give the FC jurisdiction to stay administrative proceedings. [18-20]

As this kind of proceeding rarely comes before the Federal Courts, the next question the FC had to address is what test should be applied for a stay proceeding pending before a federal board or commission? [21] While the FCA has indicated that the RJR-MacDonald Inc v Canada (Attorney General), [1994] 1 SCR 311 (“RJR-MacDonald”) test should be followed when the FC “enjoins another body from exercising its jurisdiction”, the test set out in White v EBF Manufacturing Limited, 2001 FCT 713 (“White”) for proceedings in a different fora is quite similar. In other words, “applying wither test would lead to the same conclusion”. [25-26] The FC indicates that it would therefore be appropriate “to apply either (or even both) of these tests, or to use the White criteria to guide the RJR-MacDonald analysis.”. [27]

This decision is quite particular, because while the FCA had previously indicated that the Federal Courts have jurisdiction to stay proceedings of federal boards and commissions, the FC had to establish the test to apply in staying a proceeding before the Commissioner. While the FC recognized its jurisdiction to stay proceedings before the Commissioner, Patentees should be aware that a strict test applies, and therefore this type of relief before the FC will not frequently be granted.

Patentees should consult their IP lawyers to better understand their rights and options for these types of proceedings. For more information, please contact a PCK IP professional.